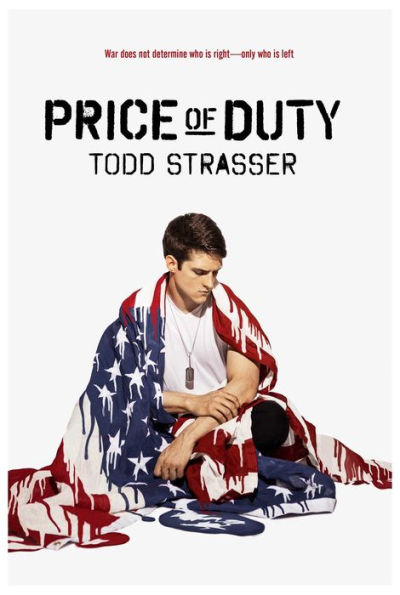 Jake Liddell is a war hero. During a fierce firefight, Jake risked his life to save his comrades. Now, the military is considering awarding him a Silver Star—a huge honor for any soldier. Jake, injured and confused, returns home. His military family is proud of his service and sacrifice, but Jake is beginning to question everything his family brought him up to believe.

The memory of war haunts him. As he recovers from his physical wounds, he wonders what direction his life will take. His famous grandfather wants Jake to return to the battlefield to fight again. Others want him to speak out against the military system. Jake was raised to believe that fighting for one’s country was a moral obligation, but that was before he saw the horrors of war and the death of his friends. Will Jake decide to return to the battlefield or will he fight to get out of the military?

Jake’s story makes it clear that war is nothing like the movies or like playing Call of Duty. Instead, war is brutal, bloody, and deadly. “There’s no heavy metal soundtrack when you’re in a firefight. The terror is real. The pain is real. Death is real.” Price of Duty does not glamorize war, but instead paints a bloody picture of the physical and emotional wounds that soldiers face. Jake’s story shows the gruesome decisions soldiers have to make in order to survive and the hardships that come afterward.

Jake knows someone has to fight in order to protect America’s freedom, but he is conflicted because the cost of war is so high. His experiences have made him realize that “There is no glory in war. There is no honor in killing. No matter where they send you to fight, innocent people will die.” Even though the cost of war is high, Jake believes that “for all the things that are wrong with the military, we still need and depend on it to protect us.”

Price of Duty explores the tragedy of war as well as the idea of an all-volunteer Army. Even though no one is forced to join, many feel the military recruits children through the ROTC program. “We’ve just changed the method of conscription. We let economic forces compel minorities and have-nots to gamble their bodies and lives for a slim shot at a better financial future.”

Jake’s story is engaging from the very first page. As Jake struggles with his time in the war, the reader will feel the devastation of soldiers making life and death decisions. The events in the story are described in vivid detail and may shock some readers. Price of Duty will definitely stay with readers for a long time. Anyone who is thinking about joining the military should read Price of Duty. It accurately portrays a soldier’s sacrifice and shows the complexity of military service—the honor, the death, the sacrifice, and in the end, the reason why some choose to join.