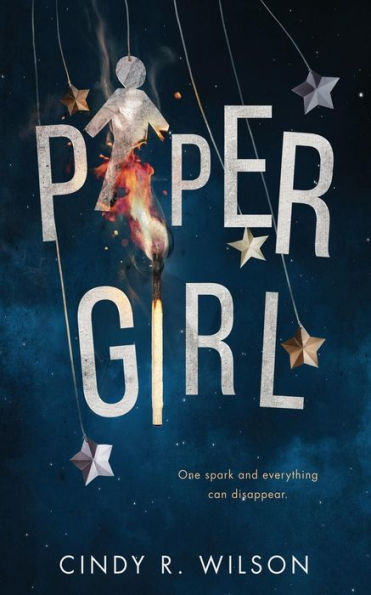 “You can be yourself when you’re anonymous, but in real life you have to answer to who you really are. And sometimes, that’s the scariest thing of all,” Zoe. –Paper Girl

Zoe hasn’t left her family’s Denver penthouse in over a year. Doctors continually tell her that her anxiety will get better if she takes little steps, but she knows that she can’t do that. That would mean going outside into the real world, and the thought of that is too terrifying to contemplate. It is much better to stay inside where it is safe, in a world that she constructs out of paper. Nothing can hurt you inside. Nothing can scare you.

Everything changes when her mom decides to hire a tutor for Zoe. But it isn’t just any tutor. . . it’s Jackson, a friend of her older sister Mae. Jackson is the only person from the outside world that Zoe wishes she could see. He’s the boy that she has been thinking about non-stop for a year. How can she let him into her world?

Zoe’s world is flipped upside down as Jackson enters her life and makes her realize that the world outside her door might not be as scary as it seems. The story doesn’t just focus on Zoe, but also shares Jackson’s perspective. Jackson faces many difficulties as he deals with homelessness, an alcoholic father, and the struggle of raising money for college.

Zoe and Jackson don’t realize that they have been communicating while playing online chess together. For over a year, they have been sharing their problems with each other. Online is the only place that they feel free to share their struggle. Will the two ever be able to connect in person? Paper Girl is a captivating read that sheds light on the diverse struggles of adolescence.

Paper Girl discusses mental health at length, as the main character has debilitating anxiety that restricts her from leaving her home. She often meets with therapists and doctors in order to grapple with her illness. Through first-person narration, the audience is able to feel her struggles firsthand, giving a vivid picture of life with a mental illness. Jackson’s father is also depicted as a rampant alcoholic, and although the audience never directly sees him in this state, it is referenced frequently. The characters face realistic hardships, which at times will disturb readers. However, Zoe and Jackson’s story also highlights the importance of having compassion for others who are trying to navigate life. The story does not only focus on the character’s hardships but also adds in a satisfying romantic plot.

Paper Girl is a delightful and easy read, making it an enjoyable experience for the audience despite having some heavy subject matter. The depth and relatability of the characters draw readers in, inviting them to enter Zoe’s paper world. The small details of the characters’ interactions and the sweet romance create an endearing charm that keeps readers on the edge of their seats, eager to see what happens next.

Zoe’s family is an integral part of Zoe’s journey, and although they are not always understanding, they truly want what is best for her. Another positive aspect of this story is that therapy is portrayed in a positive light.

Zoe’s journey is powerful, as she and the audience learn how to battle inner demons to live a fulfilling life. Beautifully written, Paper Girl is a must-read that has relatable characters who struggle with anxiety and are afraid of being judged by others. Paper Girl will evoke emotions of frustration and sadness, as well as give readers a message of hope.

“You can be yourself when you’re anonymous, but in real life you have to answer to who you really are. And sometimes, that’s the scariest thing of all,” Zoe. –Paper Girl