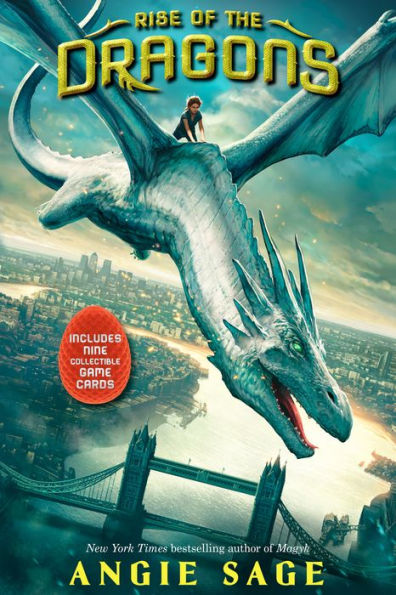 “It is true, two are always braver than one,” Bellacurx. –Rise of the Dragons

Rise of the Dragons

Joss and Allie have always feared the Raptors and the wave of death caused by the vicious beast. When Joss finds a dragon egg, he never imagined the love he could feel for the Silver dragon or the danger the dragon would bring into his life.

The Lennix’s are a cruel and power-hungry family who wish to rule over all dragons and humans. They have trained their Raptors to follow commands and prey on unsuspecting humans. But some of the raptors are questioning the Lennix’s rule. They are convinced that possessing the Silver dragon is the key to their continuing rule.

Sirin lives in the Lost Lands, where dragons no longer live. Most people have forgotten the dragons and no longer believe they existed at all, but Sirin hopes that she will one day meet a dragon. While Sirin dreams of dragons, her real life is full of grief. When her mom is hospitalized, Sirin is forced to live with several different families. Sirin wonders if her life will be filled with grief forever.

Even though the reader knows that Sirin’s story will eventually connect to Joss and Allie’s story, readers may have a hard time connecting with Sirin’s story, which is realistic fiction. The chapters about Sirin pop in at unexpected places and slow down the plot. The conclusion brings Sirin and a dragon together in a fun, unexpected way and clearly sets up a sequel.

The story contains detailed, concise descriptions, as well as short chapters that often focus on one character. However, some readers may struggle with the difficult vocabulary, such as “ensconced,” “undulating,” “lugubriously,” “cantilevered,” and “soporific.” Rise of the Dragons may best suit middle school readers because younger readers may be frightened by the raptors’ cruelty; several of the characters’ parents are killed by raptors, and the characters are then enslaved by the Lennix family.

Sage creates an interesting dragon world, where death and violence are everyday occurrences. Although the characters are not well developed, the story has enough action and suspense to keep the pages turning. Rise of the Dragons has plot twists, truly evil villains, and a protagonist with whom readers will sympathize.

“It is true, two are always braver than one,” Bellacurx. –Rise of the Dragons