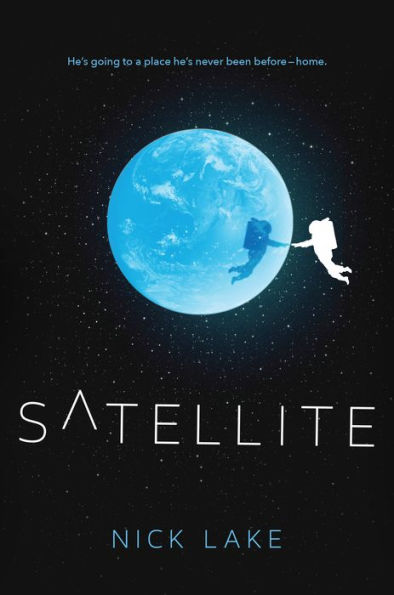 “I have always loved, like the moon loves the earth … now I know how the earth loves the moon” –Satellite

Named after constellations, Leo, Libra, and Orion have been trapped since birth on Moon 2, a space station orbiting Earth. Not old or strong enough to survive re-entry into Earth’s atmosphere, the teens have been parented by teams of astronauts, training their entire lives to one day return home. Each teen anxiously awaits their sixteenth birthday, the day they would be declared strong enough to return home. They meticulously plan out their bucket lists for Earth while Earth taunts them from outside their windows.

However, after mechanical errors send them hurtling back to Earth earlier than expected, the group of teens soon find their new environment hard to adapt to, despite all its wondrous beauties. To survive, the friends must defy unimaginable odds while facing a dangerous monopoly, a new and strange world, and their own self-identity problems. Their bonds of friendship and their definition of home and family will be put to the test. Going back home will not be as easy as they thought.

With its text-speech writing style, futuristic setting, and an incredible amount of space facts, Nick Lake tells an extraordinary tale. Lake explores the meaning of home and family, the definition of love, and the search for one’s self-identity. Lake’s use of interludes and first-person narration makes Leo come alive on the page, causing readers to empathize with the teenager searching for a place to call home. Riddled with space politics, action, and references to our own modern-day culture, the fast-paced story is a page-turner from start to finish. A diverse set of characters will leave readers crying at the end.

Satellite has a unique plot with the perfect mix of action, space, suspense, and drama. The well-developed characters, who are all distinctly different, act like real people. Even though Leo has a secret crush on Orion, the story does not go overboard on the romance. Instead, the story focuses on Leo’s relationship with his grandfather and his mother as he strives to find out who he really is. Through Leo’s experience, the reader will be forced to look at Earth in a new light. When Leo gets to earth, he is overcome with wonder when he sees birds, fire, and even the simple act of throwing a ping-pong ball for the first time while other characters think of their surroundings as “just Nevada.”

Often called Andy Weir’s The Martian for teens, Satellite is so much more. It explores some of the true moral questions young adults have about life, and it seeks to answer these questions by teaching readers about the value of home and family. However, due to the constant cussing by the characters during stressful times, this book is best suited for older readers. The story’s text-speech, which mimics those of NASA commands, does not demonstrate proper grammatical concepts, which may frustrate some readers. Nevertheless, it is a must-read – not only entertaining young readers but teaching them not to take their everyday lives for granted.

“I have always loved, like the moon loves the earth … now I know how the earth loves the moon” –Satellite