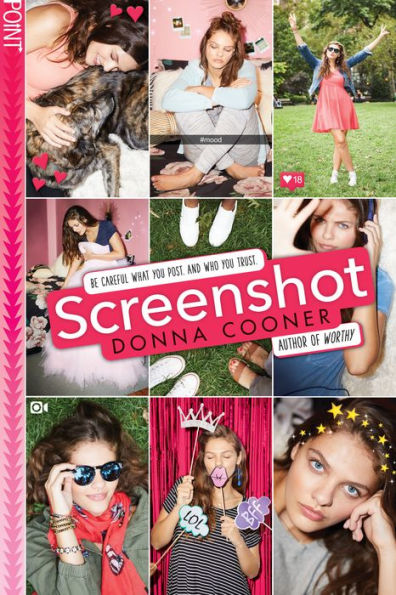 “Expectation is a funny thing. It can make you want to try really hard to reach that bar just over your head, or make you want to give up completely, daunted by the impossibility of it all,” Skye.  —Screenshot

Skye had big plans for her life, including getting a summer internship at Senator Watston’s office. Sky makes sure that her social media account always reflects her best self. Then her best friend, Asha, posts an embarrassing video of Skye at a sleepover. Once the post is deleted, Skye thinks everything will be all right.

When Skye gets a threatening text, with a screenshot from the video attached, she’s afraid her carefully crafted image will be ruined. The person threatens to share the embarrassing photo if Skye doesn’t do whatever they say. How far will Skye go to keep the picture under wraps? And who is trying to ruin her life?

Teens will relate Skye as she faces many real-life issues that come with being a teen in a world obsessed with social media. Screenshot tackles real issues that teens face including body image, dating, changing friendships, and online bullying. Most of the book is written from Skye’s point of view, which allows readers to understand her confusion and anguish. However, other parts of the story awkwardly switch to a third-person point of view. This adds depth to the story as it allows the readers to see into the lives of other characters and understand their struggles.

The one drawback to the story is the relationship between Skye, Emma, and Asha. The three girls have been “inseparable” since they were ten years old. However, after the beginning of the book, the three friends rarely have any interaction. The fact that they all are keeping secrets from each other, have negative feelings about each other and don’t encourage each other, makes it hard to feel invested in their friendship. In the end, the reader is left wondering why the three girls were friends in the first place. In the end, Skye learns to be more confident and less consumed with her image. She also learns the importance of standing up for herself.

As Skye struggles with her own image, she begins to see other teens differently and realizes that outward appearance can be deceiving. The easy-to-read story has engaging dialogue, short sentences, and text messages scattered throughout. For those looking for a quick, entertaining story that won’t make you think too much, Screenshot will hit the mark.

“Expectation is a funny thing. It can make you want to try really hard to reach that bar just over your head, or make you want to give up completely, daunted by the impossibility of it all,” Skye.  —Screenshot