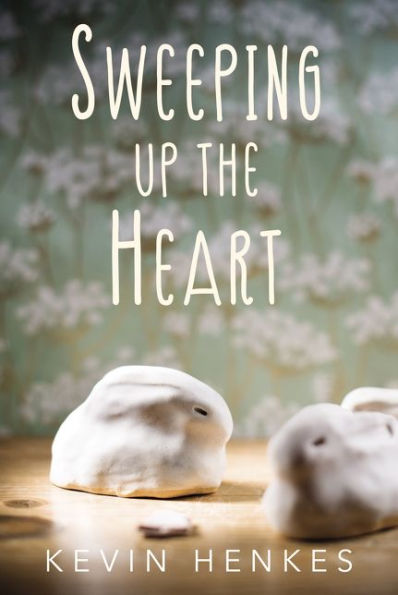 “Life is a sweet, sad mystery,” Mrs. O’Brien. –Sweeping Up the Heart

Sweeping Up the Heart

For spring break, Amelia wants to go on a vacation to Florida. But Amelia’s father doesn’t like to travel. He’d rather spent his time peacefully at home. Amelia wants adventure. Amelia already feels like a freak at school, and she isn’t thrilled about being the only seventh grader sitting at home, doing nothing over spring break.

Amelia plans to spend as much time as possible at Louise’s art studio. When she works with clay, she forgets all about her quiet, lonely house. When Amelia goes to the art studio, she meets Casey. Amelia is looking forward to the break now that she has a new friend to spend time with. While sitting in a cafe, Casey begins a game where he and Amelia make up names and stories for those who are passing by. Casey sees a woman, who looks similar to Amelia, and thinks the woman could be Amelia’s dead mother. Amelia begins to imagine that the woman is her mother and all of the ways that would impact her life.

Sweeping Up the Heart is a simple, beautiful story that deals with the complicated nature of family life. Amelia is insecure and often lonely. Although she has outgrown sleeping with her stuffed lamb, Dr. Cotton, she still tells him her secrets. Amelia, like many younger kids, wants a more exciting life. She doesn’t understand why she doesn’t have more friends. When she meets Casey, she is eager to have a friend to talk to. Like herself, Casey’s family life is not perfect. Casey has been on a campaign to keep his parent’s marriage from falling apart.

Although Amelia and Casey are relatable characters, who deal with grief, some readers may not like the slow pace of Sweeping Up the Heart. Much of the story focuses on the characters’ interactions, as well as Amelia’s struggle with her often silent father. The story is creative, interesting, and heartfelt, but lacks action. Amelia struggles with missing a mother she doesn’t remember, as well as wishing for more adventure in her life. Amelia relies heavily on Mrs. O’Brien, who takes care of the house and meals. Amelia’s loneliness is described in lovely language that allows the reader to understand Amelia’s longing for something more. However, the conclusion comes too soon and there are so many unanswered questions that will leave the readers with mixed emotions. Although Sweeping Up the Heart is an easy-to-read story, younger audiences may have a difficult time finishing the quiet story that focuses on Amelia who is dealing with the changes that come with adolescence. The story will resonate with anyone who feels like an outcast, has family problems, or just longs for more adventure in life.

“Life is a sweet, sad mystery,” Mrs. O’Brien. –Sweeping Up the Heart