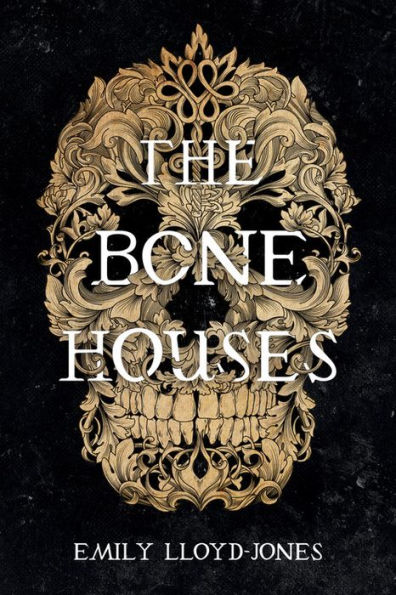 “The forest did not scare her; rather, she wanted to be like it: ageless and impervious, cruel and beautiful. Death could not touch it,” Aderyn. – The Bone Houses

Deep in the mountains lies Annvyn, a land once populated by fairy folk and filled with magic. Hundreds of years ago, Arawn, the king of the Otherfolk, was betrayed by humankind. The Otherfolk abandoned their stronghold at Castell Sidi, but they left dangerous magic behind.

Ryn is proud to be the gravedigger of the village of Colbren, just like her father before her. But her job is becoming harder as the dead keep coming back as sinister magical creatures known as bone houses. Ellis is an apprentice mapmaker searching for his long-lost family. Together they must travel into the heart of Annvyn to seek the answers to both of their issues.

The Bone Houses focuses heavily on the bone houses. These magically reanimated human corpses are essential to the plot and are often described in great detail both in and out of battle. These descriptions have the potential to scare younger readers and, as they often include gory details about the human body, should be approached with caution by readers with weaker stomachs.

The Bone Houses is a fast-paced, Polish-inspired fantasy with a uniquely post-magical setting. The quest-based plot keeps the story moving forward, with quieter world-building and character moments balanced out by exciting, fast-paced battles. Strong, fierce Aderyn and gentle, intelligent Ellis make such a good team that readers will find it easy to root for them to succeed, both on their quest and as a couple. It is easy to get lost in the mysterious allure of Annyvn, which Lloyd-Jones describes beautifully. The story certainly has a darker edge to it, exploring the unintended consequences that magic can have, even when controlled by the most well-meaning of people.

“The forest did not scare her; rather, she wanted to be like it: ageless and impervious, cruel and beautiful. Death could not touch it,” Aderyn. – The Bone Houses