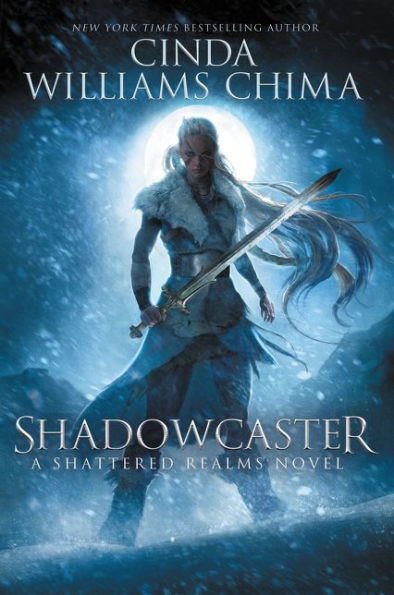 Alyssa ana’Raisa, the reluctant heir to the Gray Wolf Throne, must overcome the impossible. After suffering the loss of her sister, brother and father, as well as an attempt on her own life, she wants nothing more than to end the war that’s consumed her world for decades. To protect her mother and her friends, Lyss will do whatever it takes to strike a blow against Arden.

Halston Matelon is simply trying to survive the king of Arden’s wrath. Once Hal’s father betrays the king, a target is put on Hal’s back, forcing him into dire situations that could end his life. But when Hal’s captured by an enemy commander, he must confront his own prejudices, as well as a budding, forbidden love for the woman who bested him.

Breon d’Tarvos has stayed far away from the front lines of the war. Performing as a street musician for a little bit of coin, Breon has managed to survive on the streets. Yet that all comes to an end when he’s pulled into an assassination attempt on Princess Alyssa. Now Breon is on the run, hoping to escape to a safe haven on the coast. But nothing is ever that easy.

Shadowcaster is a great follow-up to Chima’s first entry in the Shattered Realms series, Flamecaster. Following three main characters, Lyss, Hal, and Breon, the story unfolds in the northern Queendom of the Fells. Whereas the first book focused on the fanatical religious state of Arden, its prejudices against wizards, and the political intrigue of King Gerard’s court, the sequel explores the different cultures of the north, where wizards are both respected and free, and where many cultures co-exist.

Each of the main characters is linked to the various themes present within the story. For instance, Lyss’ storyline explores dealing with grief. Throughout the novel, Lyss’s motivation stems from the deaths of her family, and she’s forced to confront the pain of finding out her brother may still be alive.

The theme of confronting prejudice is squarely placed in Hal’s storyline. When Hal is captured by Lyss, he is forced to see the northerners as people, and he even falls in love with her. This opens Hal’s eyes to the idea that his prejudices are wrong.

Breon’s story focuses on struggling to survive. As a poor street musician, Breon fights to get food on a daily basis. He also struggles with addiction to a drug known as “leaf.” With little money, no home, and few friends, Breon represents the civilians who are trying to survive amidst a war. Each of these themes is well written, and each is powerful in its own right.

Lyss, Hal, and Breon are all likable, relatable characters. Lyss is relatable because she struggles to fit into people’s expectations of a princess. Rather than lead, Lyss wants to continue as a soldier, fighting for what she believes in. Both Hal and Lyss want to protect their family. Plus, Hal is fiercely loyal to his men, wanting to protect them in dire situations. Breon, while suffering from drug addiction, is likable for his desire to make honest coin and to live with his sweetheart, Aubrey. These three, combined with some thrilling battle scenes, will keep readers on the edge of their seats. In addition, the romance between Hal and Lyss will leave readers wanting more. Their romance sets a fun, exciting pace that ends in a cliffhanger. Readers will look forward to continuing this epic story continues in the third book, Stormcaster.