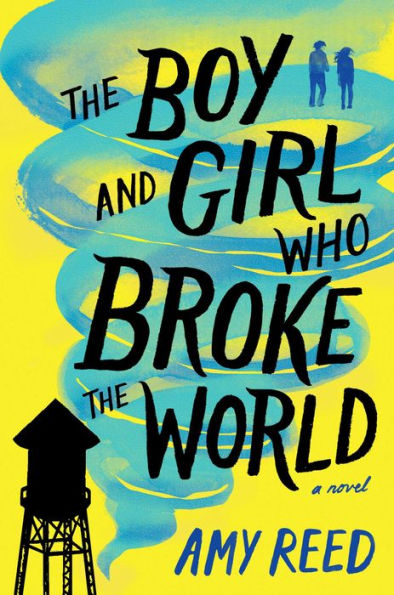 The Boy and Girl Who Broke the World

The Boy and Girl Who Broke the World switches between the perspectives of Billy and Lydia—two teenagers who live in a poverty-stricken area in the Pacific Northwest called Fog Harbor. After their high schools merge, the two outcasts form a strange friendship. As they learn more about each other, strange things begin to happen around them: they experience unexplainable weather events and earthquakes, and they see apparitions that nobody else sees. The narrative borders on magical realism, as the strange events that plague the narrative seem to be tied to the characters’ personal and emotional journeys.

Lydia, whose mother disappeared when she was a child, is emotionally closed-off and spends all her days in the makeshift dance studio behind her father’s bar. Billy lives in a decrepit house with his emotionally abusive grandmother, where he spends all his time watching therapy talk shows on the 24-hour Alcoholics Anonymous TV channel. The setting of Fog Harbor is set in a larger world that serves as an exaggerated parody of late-2010s America, where the president has been replaced by a king. Savvy readers may recognize the King’s mannerisms and policies, as the figure seems to be a caricature of America’s 45th president, Donald Trump.

Caleb, who is Billy’s uncle, Fog Harbor’s most famous resident, and one of the world’s most notorious musicians, frequently speaks in interviews about his upbringing in poverty-stricken, drug-addicted Fog Harbor. When Caleb—a heroin addict who has been through rehab several times—disappears following a violent breakdown and shows up in Billy’s attic, Billy is tasked with keeping a secret and is forced to reckon with his family’s dysfunctional past. Meanwhile, Lydia begins to take dance lessons for the first time and is followed around by a small apparition that seems determined to make trouble for her.

The Boy and Girl Who Broke the World is as wordy as its title, with many wonderful lines and genuinely touching moments in the main characters’ central friendship. It is honest and discomforting in its depictions of a small town ravaged by poverty and drug addiction. Whether or not readers recognize their own hometowns in the foggy surrealist landscape, they will find the characters’ narrative voices compelling and achingly human.

Despite the harsh language and troubling subject matter, this narrative shines, especially in its portrayal of the main characters’ innocence and unwavering hope in the face of despair. Billy’s dogged determination to see the best in everyone is a heartrending and almost blinding contrast to his grandmother’s neglect and his family’s history of addiction. Lydia’s outer sarcastic façade hides her inner sensitivity and unhealed trauma at having lost her mother. Secondary characters like Lydia’s father and Billy’s grandmother create a cast of irresponsible adults who are imperfect and real.

Despite its political undertones, The Boy and Girl Who Broke the World is not quite a call to action or to political revolution. It’s something more subtle—perhaps a call to be kinder to one’s neighbors—but it’s engaging and surprising in the way it delivers this message. This book is the perfect read for a curious older reader who’s looking for a unique, high-quality literary narrative.