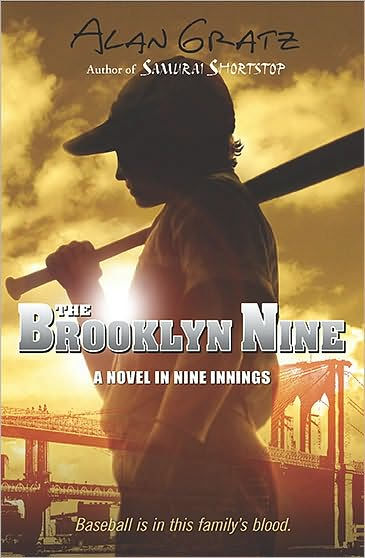 “Baseball, more than any other sport, has a magical way of connecting fathers and sons, mothers and daughters, grandparents and grandchildren and ancestors back down the line.” – The Brooklyn Nine

Baseball is in the Schneider family’s blood. Each member of this family, from family founder Felix Schneider in the 1800s to Snider Flint in the present day, has a strong tie to the game and to Brooklyn. The Brooklyn Nine begins in Manhattan, 1845, with Felix Schneider, a boy who has recently moved to America from Germany and ends up meeting the Knickerbockers. Several years later, Felix’s son Louis plays baseball during the civil war. He serves for the Union but befriends a Confederate soldier and they bond over the game. Louis’s son, Arnold Schneider, also has a love for baseball. He meets the famous King Kelly who has fallen on hard times and gone to drinking and fails to live up to the young boy’s expectations. Arnold’s son Walter tries to get Cyclone Joe Williams onto a team by pretending the man is Native American. Frankie Snider, Walter’s daughter, runs a numbers game for a mob and meets the famous reporter John Kieran, who helps her rig it.

Kat Flint, the first character unrelated to the Schneiders, joins the Grand Rapids Chicks in the first All-American Girls Baseball League. Her son Jimmy is more into baseball cards than actual baseball, but faces the threat of Sputnik and the fear of atomic annihilation during the 1950s. His son, Michael Flint, pitches a perfect game. His son, Snider Flint, helps run a pawnshop with lots of baseball memorabilia.

Each of these experiences, from Felix in 1845 to Snider in 2002, are connected by baseball. Gratz creates characters that are vivid and distinct, each with their own unique traits and personalities. The historical information and timeline of characters allow the reader to glimpse baseball and life during each character’s time period. The conflicts that characters face are realistic, and the ways they overcome them show the advantages of hard work instead of magical solutions.

Gratz also includes a large amount of accurate historical information about baseball in the stories. His main characters are fictional, but they interact with are real, historical people. For example, King Kelly was an actual baseball player who spent his fortune on alcohol, and Cyclone Joe Williams was a real African American who played as one of the world’s greatest pitchers, even though he could never play in the major leagues.

The story is broken up into nine innings, and each inning focuses on one generation. Each inning has an entirely new cast of characters and ends in a cliffhanger. Even though the cliffhanger’s questions are eventually answered, the abrupt endings of each chapter may cause some frustration for readers.

The Brooklyn Nine weaves authentic details about baseball into each fictional character’s life story. Gratz clearly illustrates the idea that baseball is more than just a game or a pastime, and the nine stories he tells are an innovative way to get that idea across. The book is relatively easy to read; none of the words or sentences should be too difficult for the author’s recommended audience of 8+. There is a small amount of violence, but nothing is extremely detailed. More than anything, the author includes powerful themes centered around the importance of perseverance and the powerful impacts that different generations can have on each other.

“Baseball, more than any other sport, has a magical way of connecting fathers and sons, mothers and daughters, grandparents and grandchildren and ancestors back down the line.” – The Brooklyn Nine