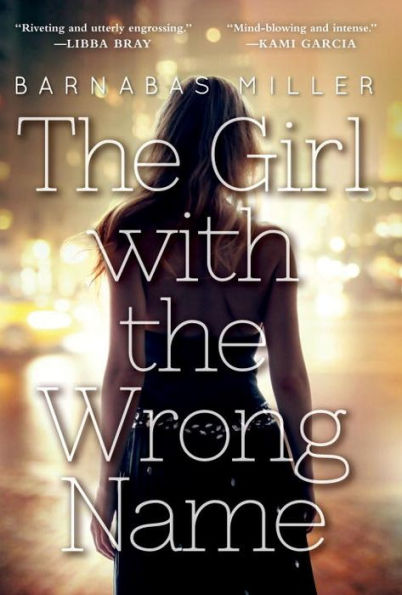 The Girl with the Wrong Name

Her memory is gone. All that is left from The Night in Question is the scar. Because of that one night, Theo is hiding from life. She spends her summer at a café secretly filming random people. That all changes when the same boy begins coming in every day at the same time. Theo tries to remain an observer, but soon she is caught up in the boy’s story.

The boy, Andy, is desperate to find Sarah, a girl who promised to meet him at the café but never showed. Andy is convinced that something bad has happened to Sarah. Caught up in Andy’s love for the mystery girl, Theo embarks on a quest to help Andy find Sarah. However, as she encounters others she is warned to stay away from Andy. In a desperate attempt to find Sarah, Theo realizes that some people will do anything to keep their secrets hidden forever.

The Girl with the Wrong Name follows Theo’s journey. The story is told from Theo’s point of view, which adds mystery and suspense. It is clear from the beginning that Theo is not completely emotionally stable, however, this does not diminish her likeability. Theo’s concerned for Sarah’s wellbeing is real which allows the reader to also feel concern for the missing girl.

The story is fast-paced and interesting. Since the story is told from Theo’s point of view, the reader doesn’t fully understand the other character’s reactions; however, instead of being confusing, this adds to the story’s suspense. The book has several surprises which are revealed and a sweet conclusion. In the end, the book gives a clear message about the dangers of keeping secrets.

Although the story’s recommended reading age is 14+, there is mature sex that some readers are not ready for. The ending, while interesting, may be disturbing, especially to those who have not read more mature content.