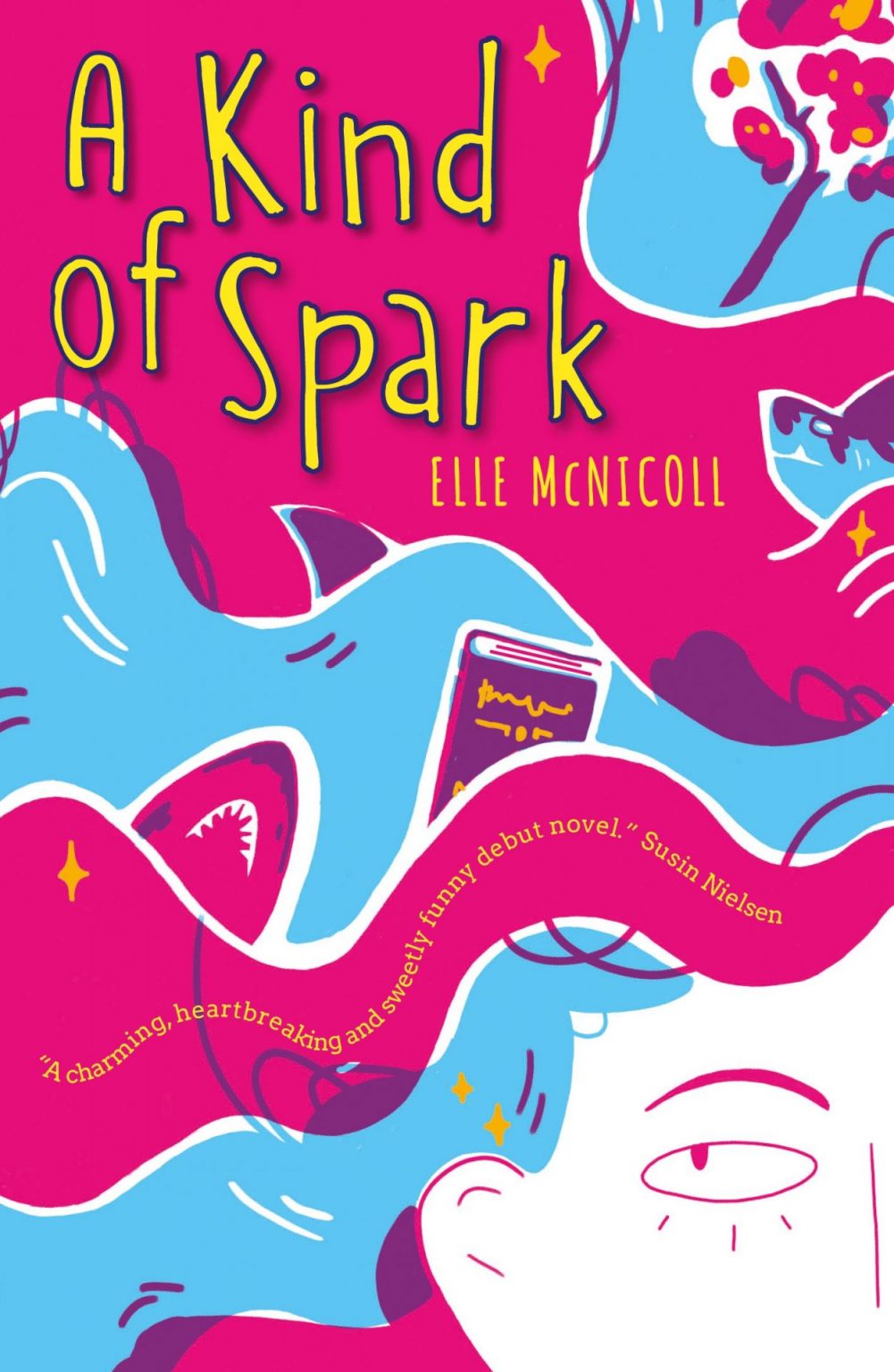 “You shouldn’t listen to people who shout and say nasty things on the internet. They’re the lowest of the low. You should care about what you think,” Keedie. –A Kind of Spark

A Kind of Spark

Ever since Ms. Murphy told us about the witch trials that happened centuries ago right here in Juniper, I can’t stop thinking about them. Those people weren’t magic. They were like me. Different like me.

I’m autistic. I see things that others do not. I hear sounds that they can ignore. And sometimes I feel things all at once. I think about the witches, with no one to speak for them. Not everyone in our small town understands. Not Jenna, who used to be my best friend. Not Nina, my older sister. But if I keep trying, maybe someone will.

A Kind of Spark is told from Addie’s point of view, which allows her to explain how it feels to be “neurodivergent.” For example, Addie explains, “Masking is when I have to pass as a neurotypical person, as someone who is not like me. I have to ignore the need to stim, to self-soothe, and I have to make firm eye contact. Keedie told me it’s like when superheroes have to pretend that they’re regular people.” Addie’s experiences will help readers understand autism and how people with autism experience the world differently. However, the frequent use of neurodivergent vocabulary becomes a little overwhelming.

While A Kind of Spark teaches readers about autism, it is also a story about sisterhood, friendship, and speaking up for what you believe in. Addie and Keedie both have autism, which gives them a special bond. Keedie often gives Addie advice. For example, Keedie says, “It’s better to be open about who you really are, what you’re really like, and be disliked by a few than it is to hide who you are and be tolerated by many.” Even though both girls struggle with their autism, autism is not portrayed as something that should be fixed. Keedie acknowledges that autism causes some difficulties, but she would not want to be any other way.

Throughout her journey, Addie faces bullying from both her classmates and her teacher. When her parents find out about the bullying, they remind Addie that she should have reached out to a trusted adult, instead of staying silent. As Addie learns about the women who were accused of witchcraft, she realizes that some of the women were different like her. However, some younger readers may be confused by the connection. While the unfair and violent way the women were killed is not described in gory detail, it may still frighten young readers.

A Kind of Spark is an entertaining book that allows readers to learn about autism through Addie’s experiences. While Addie sometimes feels misunderstood, her family helps her navigate the world in a positive manner. In the end, Addie is reminded that “The ocean needs all kinds of fish. Just like the world needs all kinds of minds. Just one would be really dull, wouldn’t it?” Readers who would like to read more books that focus on autistic characters should also read Tune It Out by Jamie Sumner and A Boy Called Bat by Elana K. Arnold.

“You shouldn’t listen to people who shout and say nasty things on the internet. They’re the lowest of the low. You should care about what you think,” Keedie. –A Kind of Spark