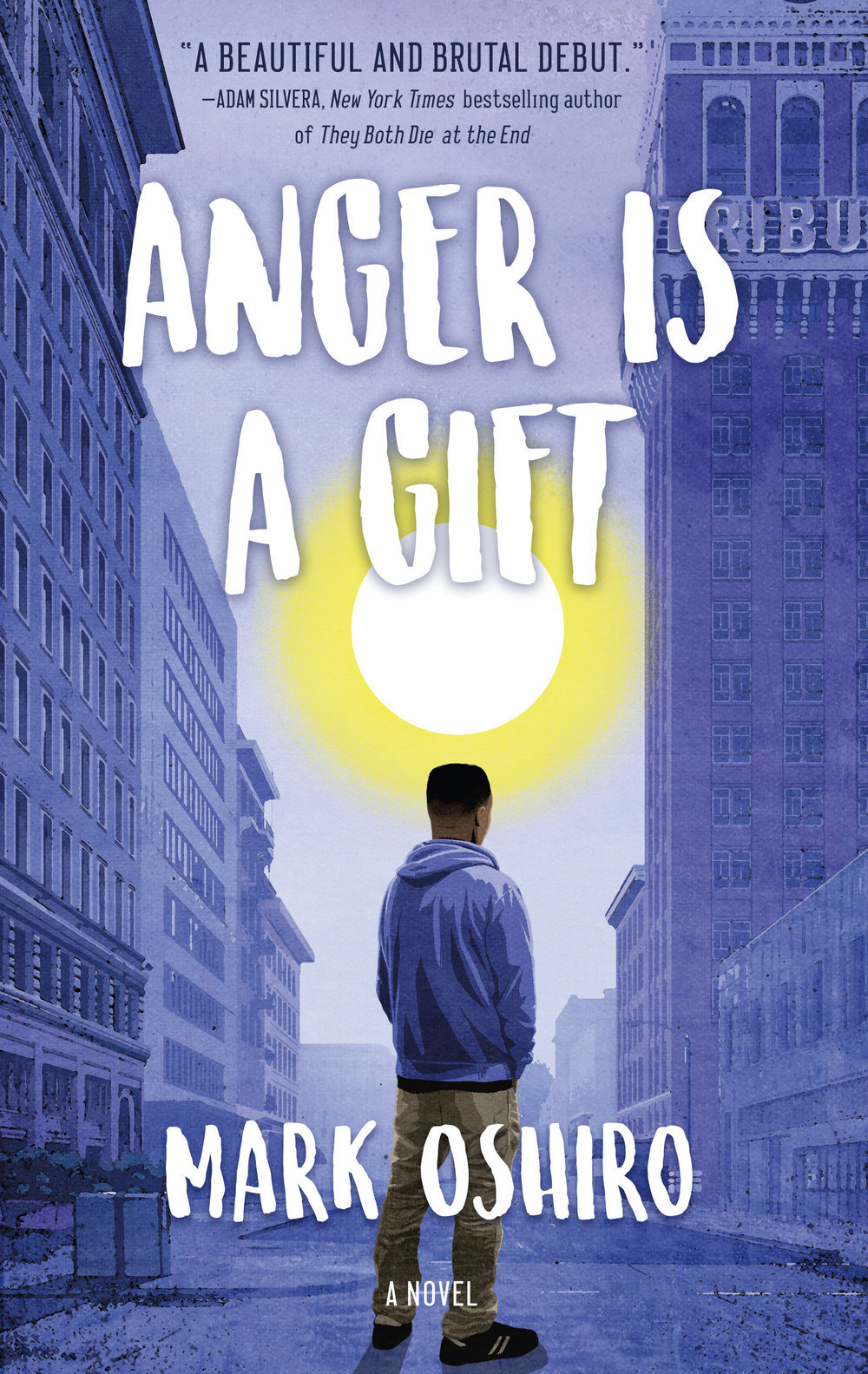 “This is our reality. . . It was back when Morris got killed, and it is now. The details are different, but it’s exactly the same,” Wanda Jeffries. –Anger is a Gift

Anger is a Gift

Moss Jeffries is anything but an average teenager. Ever since his father was shot by the Oakland police outside their home, Moss has dealt with intense anger issues and constant panic attacks. In addition, Moss has a difficult time going outside because of the kinks of the homosexual community, his popularity amongst protesting groups, and his constant fear of the local police. After meeting Javier on a metro train and falling in love, it seems everything is finally coming together for Moss. He is happy; his friend Esperanza is going to a great school; his mother just received a promotion–life is good.

However, when school starts things begin to change. Due to a lack of school funds and the influence of the local police, Moss and his friends encounter more troubles as they are harassed and berated by the school’s administration. However, after a school cop brutalizes one of Moss’s friends, police-patrolled metal detectors cripple another, and his organized school-wide walkout turns chaotic and deadly, Moss personally takes the fight to the police, gathering a city-wide protest that will change the city, and leave readers with a new sense of community and self-determination.

With its diverse characters, Mark Oshiro paints a brutal yet beautiful picture of problems today’s teens face. The well-developed characters each have their own individual type of problems. Esperanza is adopted and struggles to keep in tune with her own culture. Reg was crippled by a car accident when he was younger. Moss struggles with his anxiety. But Oshiro makes them appear to be real people with their own type of language, jokes, and emotions. Readers will fall in love with these realistic characters and root for them.

Anger is a Gift has a rapid and suspenseful plot with a perfect mix of teen society and real-world problems. However, Oshiro pushes the extremes of some of the moral problems today’s young adults face. Told from Moss’s point of view, it allows the reader to get a glimpse of what a person feels when they are faced with PTSD and panic attacks. Moss’s descriptions of his grief and anger, in addition to the brutal descriptions of the senseless acts of violence, can, at times, be hard to read.

Besides detailing the oppression minorities face, Anger is a Gift has a hint of romance. Issues of sexuality, race, ethnicity and class affect each of the characters, while senseless anger and violence threaten them all, killing some and injuring others. This book is not for the faint of heart and is intended for older readers. Nonetheless, Anger is a Gift is a book for those wishing for a new perspective on how police brutality, oppression, and racism affects poor people of color from the author’s perspective. The character development mixed with the book’s brutal, bloody action scenes will leave readers with a different perspective of racism in America.

“This is our reality. . . It was back when Morris got killed, and it is now. The details are different, but it’s exactly the same,” Wanda Jeffries. –Anger is a Gift