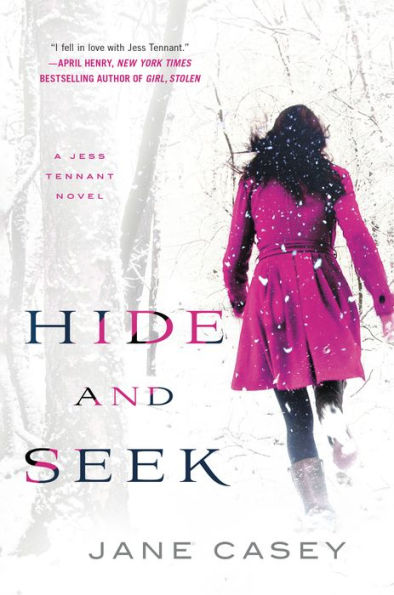 “She wouldn't have died if I hadn't taught her how to fall.”  —Hide and Seek

Unapologetically curious—that’s Jess Tennant. So when her classmate, Gilly Poynter disappears, Jess decides she must investigate. With only Gilly’s diary as a clue, Jess finds out that Gilly’s home life wasn’t happy, and her social life was a mess. As Jess tries to find out what happened to Gilly, she discovers that the police and her boyfriend want her to keep clear of the case. But Jess is convinced that she can help find Gilly and unlock the secrets that want to remain hidden.

Although most of Hide and Seek revolves around the mystery of Gilly’s disappearance, it also delves into the complicated relationships between people. Jess’s boyfriend is back in town for Christmas break, but instead of spending time together, they are arguing. To add conflict to the story, Jess’s dad is in town trying to win over his ex-wife, which Jess is hoping doesn’t happen.

Jess Tennant is a charismatic character who has the reader running with her from the start. Hide and Seek contains mystery, suspense, and complicated relationships that keep the reader guessing. The characters in the book are complicated and real.

For teens who like mysteries, Hide and Seek tells a good story without adding graphic images of sex and violence. Instead, the author creates interesting characters that drive the action and keep the reader interesting.

“She wouldn't have died if I hadn't taught her how to fall.”  —Hide and Seek