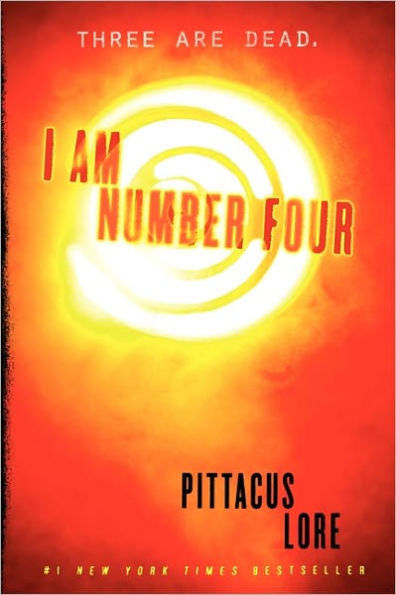 I Am Number Four

John moves around a lot. But not because of his dad’s job—because he’s an alien. He is one of the few survivors of the Loriac, who are being hunted to extinction by the Mogadorians, a race of conquering aliens who have now set their eyes on Earth.

John tries to blend in among the Earthlings, something that isn’t difficult at first. He looks just like you and me. But then his Legacies start to appear.  Glowing hands, fire-proof skin, and more. With the appearance of his Legacies, his life becomes a lot more complicated. Will he have to move again? It has never been a problem before, but now John has a best friend and girlfriend, and refuses to flee when the Mogadorians start to close in.

I Am Number Four is an interesting story. The story is told from John’s mind, which feels like the mind of any normal teenage boy. John learns about the death of his planet, his parents, and his race. At first, he wishes that he could just be human and not have to hide anymore. But as he learns more about his heritage, John begins to realize he is a part of a much bigger battle.

This book is fun, but lacks suspense until the very end. The characters are extremely likable though, and following their lives is enjoyable. I Am Number Four is a good introduction to Lorien series.