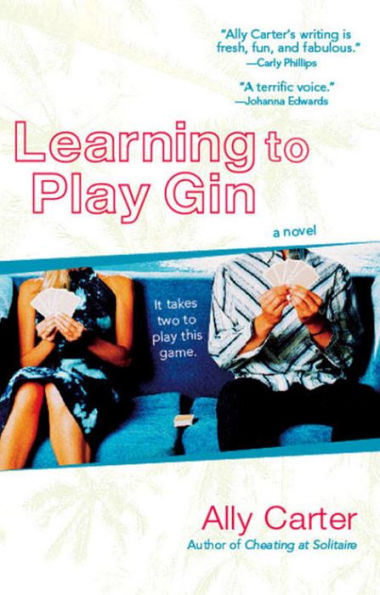 “I thought my boyfriend—which is a word I despise, by the way—was going to ask me to marry him, and I had a panic attack. That’s not normal. I’m not normal. It was just like the nightmare,” Julia.           –Learning to Play Gin

Julia James was on top of her game. Her new book 101 Ways to Cheat at Solitaire has sold millions. As the queen of self-help books, she has shown women how to be happy without a man. Julia had no desire to find romance, and she wasn’t prepared for Lance, a gorgeous actor, or the feelings that she had for him.

Suddenly Julia’s books fall off the bestseller list, and her movie star boyfriend moves to L.A. Lost and confused, Julia decides to head to the West Coast to spend some time with her new man. But life in L.A. comes with its own set of complications. Can Julia put her single life behind her and figure out how to win at the game of love?

For maximum enjoyment, readers should read Cheating at Solitaire before picking up Learning to Play Gin because the stories have many of the same characters. The funny, flirty tone does not carry through into the second book of the series. Instead, much of the conflict is internal as Julia tries to figure out how to live her new life. Even though Julia is trying to figure out how to win at love, Lance is absent for most of the book, which leaves the reader wondering why Julia would want to stay with a man more concerned with making movies than making a life with her.

Each chapter starts out with advice on how to play the game of gin; this advice ties into what is going to happen in Julia’s life. The interesting quotes lead the reader to think about the complicated nature of relationships, which is a focus of Learning to Play Gin. The story doesn’t just focus on Julia and Lance, but also shows a divorced couple, a struggling married couple, and a couple who have been happily married for 40 years. The story doesn’t only show the positive, glowing feelings of love that a happy couple feels, but shows how staying in love is often a choice made despite difficult times.

Learning to Play Gin’s slow pace and focus on Julia’s internal conflict makes the story less enjoyable than the first. The ending of the story falls flat because it lacks a clear resolution. Lance appears infrequently in the story, which is a huge disappointment. If you’re looking for a romance with the same fun, flirty tone as Cheating at Solitaire, you may want to leave Learning to Play Gin on the shelf.

“I thought my boyfriend—which is a word I despise, by the way—was going to ask me to marry him, and I had a panic attack. That’s not normal. I’m not normal. It was just like the nightmare,” Julia.           –Learning to Play Gin