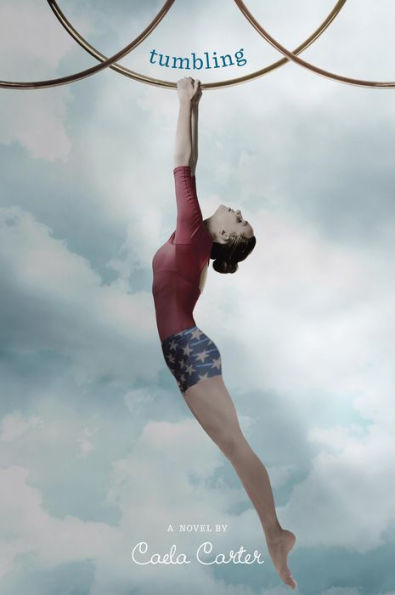 Tumbling takes place over the course of a two-day gymnastics meet, but it’s not just any meet—this meet determines who will represent the United States at the Olympics. The story is told from the perspectives of five different girls, each of whom deals with her own struggles.

Leigh is a closeted lesbian and worries about the implications if her secret gets out. Grace has a distorted view of what a perfect gymnast is and ends up paying the price. Monica is a nobody and feels she isn’t good enough to be there. Wilhelmina’s shot at the Olympics was taken from her four years ago because of a rule change, and now she is determined to prove she deserves to go more than anyone else. Camille was injured four years ago in a car crash and is making a comeback to gymnastics, but she can’t decide if this is what she truly wants. Is the Olympics worth sacrificing her boyfriend and her happiness?

Although each girl’s problem is unique, they all struggle with the complexity of competing against friends. Everyone is paranoid; no one’s words can be trusted. Tumbling explores the enormous pressures that come with gymnastics—on bodies, mental states, friendships, and relationships.

Tumbling is an intense book with routines so detailed that readers will hold their breaths as they read them. Readers will cheer when the girls land their routines perfectly and ache when they make mistakes. Readers who know nothing about gymnastics will be able to understand Tumbling, but there is a glossary in the back of the book to help with the gymnastics terminology if needed. Rather than focusing on the intricacy of the sport, the story focuses more on the girls’ struggles. Readers will relate to the girls’ problems, which include sexuality, eating disorders, confidence, family relationships, and boyfriends.

The characters invoke sympathy, but none of them are truly likable. They are petty and constantly play mind games with each other. Because the story takes place over two days, there isn’t enough time for the girls to develop. The book ends abruptly and leaves the reader with many unanswered questions. Overall, Tumbling is best suited for those looking to read an entertaining book. Readers who want a mix of spots, teenage drama, and intense competition will enjoy Tumbling.