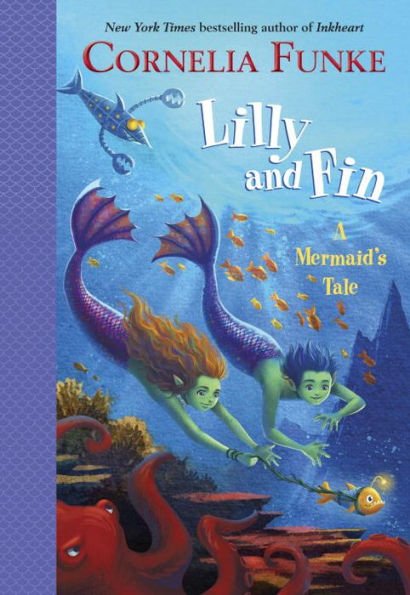 Lilly and Fin: A Mermaid’s Tale

Two merpups, Lilly and Fin, love to sneak out of the mermaid city to explore caves. Adults have warned about the dangers of Two-Legs and the Kraken, but surely, they are just stories. Then one day, Lilly and Fin decide to go to their favorite cave. What they don’t know is that there is a couple of Two-Legs that are hiding in the shadows. Will Lilly and Fin fall into the humans’ trap?

The easy-to-follow plot of Lilly and Fin: A Mermaid’s Tale cleverly weaves in the adults’ stories of the dangers of the Kraken and the Two-Legs. In the end, the merpups discover that the adults’ stories were not merely made up to make them behave. One negative aspect of the story is that Lilly and Fin lie to their parents on a regular basis. In order to sneak out of the city, Lilly tells her parents she is going to Fin’s, and Fin tells his parents he is going to Lilly’s. Lilly’s love for adventure shines throughout the story, but she isn’t the best friend. She completely ignores Fin when he suggests they do not go to the cave because his scales itch, which means there will be trouble. However, she does convince the Kraken to help free Fin.

The beginning of the story starts out slow, but once Lilly and Fin get out of the mermaid city, they meet interesting characters. The reader knows that Mr. and Mrs. Snorkel are on the hunt for mermaids, which adds suspense to the story. Although the book is written for younger readers, many of the pages only have text, with long paragraphs, which may intimidate some readers. Lilly and Fin: A Mermaid’s Tale would be a humorous story for confident readers of chapter books. The story would also be fun to read aloud for those who are not yet ready for chapter books.