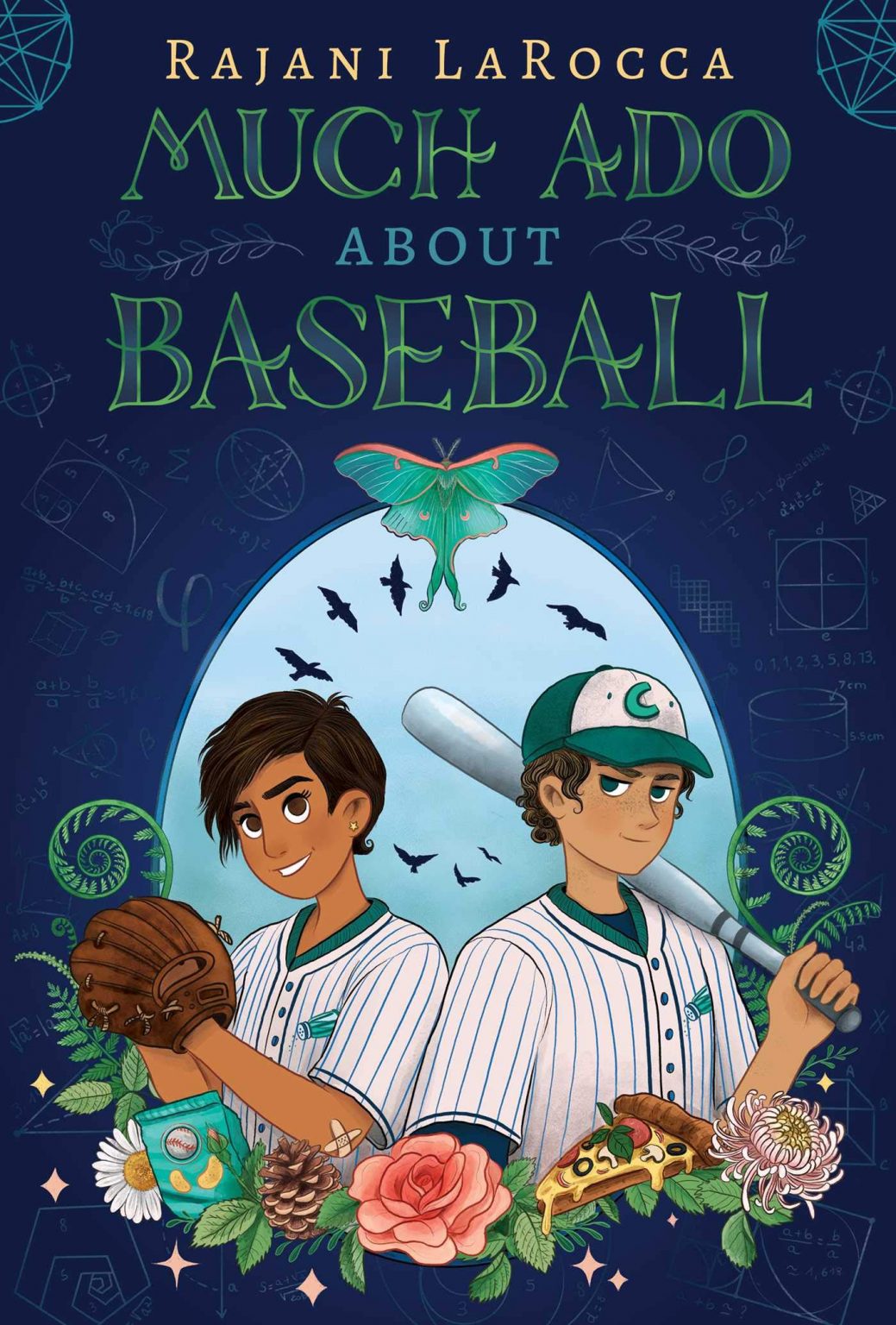 Much Ado About Baseball

Twelve-year-old Trish can solve tough math problems and throw a mean fastball. But because of her mom’s new job, she’s now facing a summer trying to make friends all over again in a new town. That isn’t an easy thing to do, and her mom is too busy to notice how miserable she is.

But at her first baseball practice, Trish realizes one of her teammates is Ben, the sixth-grade math prodigy she beat in the spring Math Puzzler Championships. Everyone around them seems to think that with their math talent and love of baseball, it’s only logical that Trish and Ben become friends, but Ben makes it clear he still hasn’t gotten over that loss and can’t stand her.

Ben hasn’t played baseball in two years, and he doesn’t want to play now—but he has to, thanks to losing a bet with his best friend. Once Ben realizes Trish is on the team, he knows he can’t quit and be embarrassed by her again. To make matters worse, their team can’t win a single game. But then they meet Rob, an older kid who smacks home runs without breaking a sweat. Rob tells them about his family’s store, which sells unusual snacks that will make them better ballplayers. Trish is dubious, but she’s willing to try almost anything to help the team.

When a mysterious booklet of math puzzles claiming to reveal the “ultimate answer” arrives in her mailbox, Trish and Ben start to get closer and solve the puzzles together. Ben starts getting hits, and their team becomes unstoppable. Trish is happy to keep riding the wave of good luck . . . until they get to a puzzle they can’t solve, with tragic consequences. Can they find the answer to this ultimate puzzle, or will they strike out when it counts the most?

Much Ado About Baseball is a fast-paced story that teaches about friendship and fitting in using baseball as a backdrop. The story is told from both Ben’s and Trish’s point of view. The alternating points of view allow readers to see how Ben and Trish struggle with conflicting emotions. Middle grade readers will relate to Ben and Trish, who both are trying to fit in with their new baseball team. While the two are often at odds, they learn to work together. As a result, Ben realizes that friendship is about “arranging things so they’re best for the group, and not just for one person.”

While the story has plenty of baseball action, math puzzles also take center stage. Readers will enjoy trying to solve the puzzle before the answer is revealed. In addition, Much Ado About Baseball has a Shakespeare quoting character and magical fairies that need a lesson in cooperation. By combining baseball, puzzles, and Shakespeare, LaRocca creates an imaginative and engaging story that is full of suspense. While the story focuses on friendship, it also shines a light on the importance of honesty and forgiveness. The story’s conclusion is a little too perfect and cheerful. Everything is wrapped up in a positive manner which causes the ending to sound a little preachy. Despite this, Much Ado About Baseball will appeal to sports fans and non-sports fans alike. If you’re looking for another book full of baseball excitement, grab a copy of Soar by Joan Bauer.