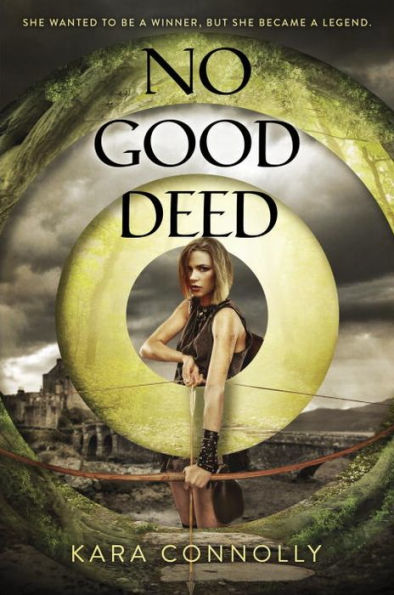 Ellie Hudson is on her way to the Olympics. All she has to do to qualify is participate in a competition in Nottingham. However, a gold medal quickly becomes the least of her concerns when she gets lost below Nottingham Castle and ends up in medieval England.

Frantic to get home (and wondering if she’s suffering from a psychotic breakdown), Ellie is found by a knight in shining armor—literally. Her passport, iPhone, and modern education aren’t exactly useful for surviving in medieval England. Her archery skills on the other hand…might just help her face down a tyrant, join a band of outlaws, and help feed a kindly group of nuns. While the final resolution leaves something to be desired, this is a delightful tale written in a light and enjoyable tone that will leave readers waiting breathlessly for Connolly’s next tale.