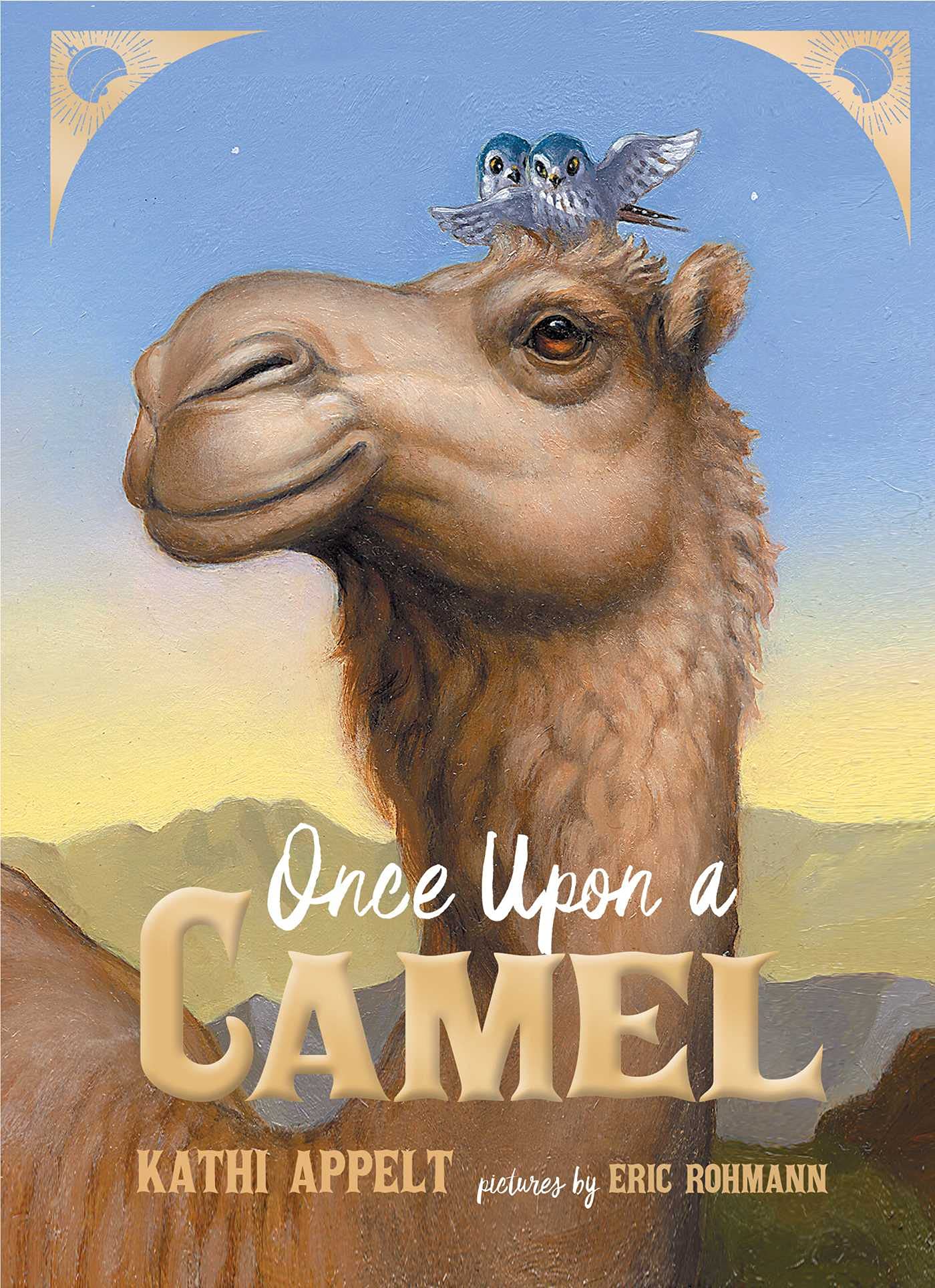 “It seemed that no one in the United States Army realized that camels had served in militaries for millennia, including the mighty forces of Afghanistan, to the fierce fighters of Zanzibar. From A to Z, they had proven their valor, often at terrible risk.” –Once Upon a Camel

Once Upon a Camel

Zada is an achy, old camel with a treasure trove of stories to tell. She’s won camel races for the ruling Pasha of Smyrna, crossed treacherous oceans to new lands, led army missions, and outsmarted a pompous mountain lion.

But these stories were before. Now, Zada wanders the desert as the last camel in Texas. But she’s not alone. Two tiny kestrel chicks nestled in the fluff of fur between her ears and a dust storm the size of a mountain take Zada on one more grand adventure – and it could lead to Zada’s most brilliant story yet.

Readers will fall in love with Zada as she protects two kestrel chicks from a windstorm. Zada’s patience is never-ending, and she uses beautiful stories to keep the chicks occupied. However, some readers may become annoyed by the chicks’ constant chirping and complaining. Despite this, the relationship between Zada and the birds is super sweet, and readers will relate to the chicks who are anxious about being separated from their parents.

The wind, which attacks Zada and her friends, is described as a living beast. For example, “As if they were waiting to grab one of the chicks, the willy-willies and the dust devils, the samiels and simoons, danced all around Zada. They swiped at her ankles, raced ahead of her, rose and fell, then rose and fell again, reminding her of ocean waves.” Through the story, readers learn about the weather, which adds depth to the story.

Once Upon a Camel is best suited for advanced readers because of the constant back and forth between present day and the past. Each chapter begins with the name of a place and the year, which will help readers know if the events are one of Zada’s stories or not. Some readers may be confused by the advanced vocabulary and the Turkish words, such as simoons, samiels, muster, escarpment, festooned, denizens, and dissipate. Detailed black and white illustrations appear every 8 to 16 pages, and a one-page glossary appears at the end of the book.

Each story Zada tells is full of magic. Zada demonstrates how stories can help us deal with an array of emotions. Zada’s love for her original country shines, and readers will catch a glimpse of Turkey’s culture through her stories. Even though Zada was born into a caravan of prized racing horses owned by a Turkish pasha, in 1857, she sails the seas and lands in Texas, where she discovers she will be a pack animal for the U.S. Army. Some readers may be disappointed with the lack of details about how the camels helped the army.

While Once Upon a Camel highlights the magic of storytelling, younger readers may struggle with the constantly shifting time period, advanced vocabulary, and Turkish words. By the end of the story, the chicks’ “tap-tap-tap-KICK, tap-tap-tap-KICK,” and “peeppeeppeeppeeppeeppeeppeepeep” becomes frustrating. However, Zada’s point of view is interesting and unique, and she isn’t afraid to jump in a potentially dangerous situation to help those in need. In the end, no matter how difficult a situation is, Zada is determined to “become the brightest star.”

“It seemed that no one in the United States Army realized that camels had served in militaries for millennia, including the mighty forces of Afghanistan, to the fierce fighters of Zanzibar. From A to Z, they had proven their valor, often at terrible risk.” –Once Upon a Camel