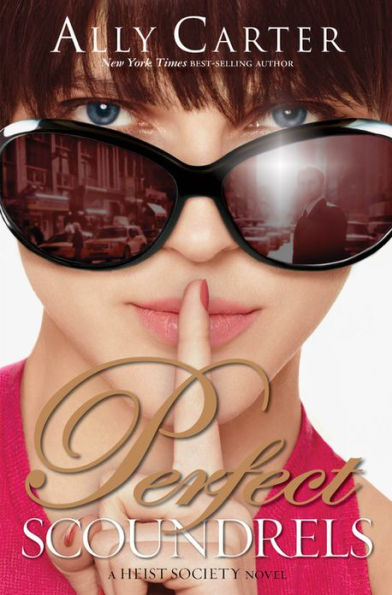 "The things that are the most precious to use are sometimes the most secret," Marcus. ―Perfect Scoundrels

Katarina Bishop grew up in a family of criminal masterminds. Her family knows how to stay under the radar. They know how to steal. And Katarina knows that her family has her back. Although Kat’s family welcomes Hale into their lives, Kat was never meant to enter Hale’s ultra-rich world. When Hale’s grandmother dies leaving her billion-dollar corporation to Hale, everything begins to change.

With the death of Hale’s grandmother, Hale’s family gathers around to fight for the family fortune. In Hale’s family, when money is on the line, all bets are off. Everyone wants a piece of the family dynasty. As Hale becomes more entangled in the family drama, Kat realizes that there is no place for her in Hale’s world. When Kat learns that someone might have tampered with his grandmother’s will, she comes up with an elaborate plan to learn the truth. But first, she has to decide if learning the truth is more important than keeping her boyfriend.

Through Katarina’s eyes, Perfect Scoundrels brings Hale’s extremely wealthy world to life. From the outside, Hale’s life seems to be full of freedom that only money can buy, but in reality glamourous, greedy people surround him. Right from the start, the reader will be pulled into Kat’s struggle, as she keeps secrets from Hale in order to help him. As Kat and her family rally around each other to find the truth, their ambitious plot brings intrigue, suspense, and surprises around every corner.

The third installment in the Heist Society series will not disappoint readers. However, this is not a stand-alone novel. Those who have read the first two books in the series will be invested in the lives of the characters, which makes the conclusion even more surprising and satisfying. In typical Ally Carter style, Perfect Scoundrels is appropriate and will be enjoyed by both junior high and high school readers.

"The things that are the most precious to use are sometimes the most secret," Marcus. ―Perfect Scoundrels