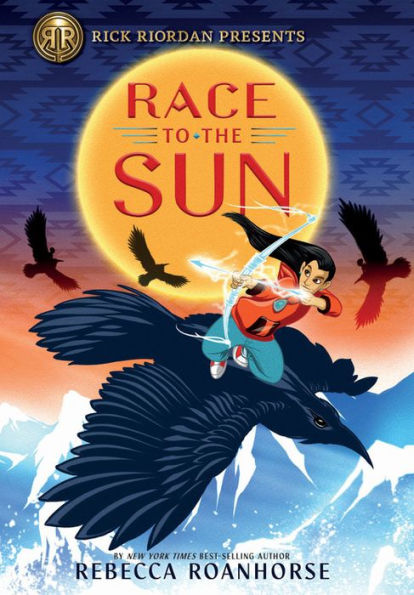 “Beautiful things can kill you just as quickly as ugly ones,” Mr. Yazzie. –Race to the Sun

Race to the Sun

Lately, seventh-grader Nizhoni Begay has been able to detect monsters, like the man in the fancy suit who was in the bleachers at her basketball game. Turns out he’s Mr. Charles, her dad’s new boss at the oil and gas company. He’s alarmingly interested in Nizhoni and her brother, Mac, their Navajo heritage, and the legend of the Hero Twins. Nizhoni knows he’s a threat, but her father won’t believe her.

When Nizhoni’s dad disappears the next day, he left behind a message that said “Run!” The siblings and Nizhoni’s best friend, Davery, are then thrust into a rescue mission that can only be accomplished with the help of Diné Holy People, who are all disguised as quirky characters. However, their aid will come at a price. The kids must pass a series of trials that seem as if nature itself is out to kill them. If Nizhoni, Mac, and Davery can reach the house of the Sun, they will be outfitted with what they need to defeat the ancient monsters Mr. Charles has unleashed. It will take more than weapons “for Nizhoni to become the hero she was destined to be.”

Middle-grade readers will relate to Nizhoni, who wants to be good at something but just isn’t. When her emotionally distant father is kidnapped, Nizhoni embarks on a quest to save her father. However, she isn’t alone; Nizhoni’s book-loving best friend and annoying brother join her adventure through the Southwest. On the quest, Nizhoni and her friends meet the “Holy People” as well as some scary monsters.

The fast-paced story combines Navajo mythology with moments of humor, unexpected twists, and timeless lessons about friendship, family, and failure. The importance of hard work and helping others is weaved into the story. Spider Woman says, “All good things come through hard work. If something is too easy to get, it isn’t worth much, is it?”

At first, Nizhoni doesn’t feel like she has the qualities to become a hero. However, Nizhoni learns that she doesn’t need to change. One of the story’s recurring themes is: “Don’t worry about what you’re supposed to be. Just be who you are.” While Nizhoni shows bravery, she is able to defeat the monsters only with the help of others.

Race to the Sun will take readers on an action-packed quest and introduce them to Navajo mythology. Nizhoni is an interesting but imperfect narrator. Readers will relate to Nizhoni’s insecurities and her moments of courage. The conclusion is rushed, and there are several holes in the plot, but this doesn’t take away from the book’s enjoyment. For readers looking for more marvelous mythology books, the following books will delight you: the Storm Runner series by J.C. Cervantes and the Pandava series by Roshani Chokshi.

“Beautiful things can kill you just as quickly as ugly ones,” Mr. Yazzie. –Race to the Sun