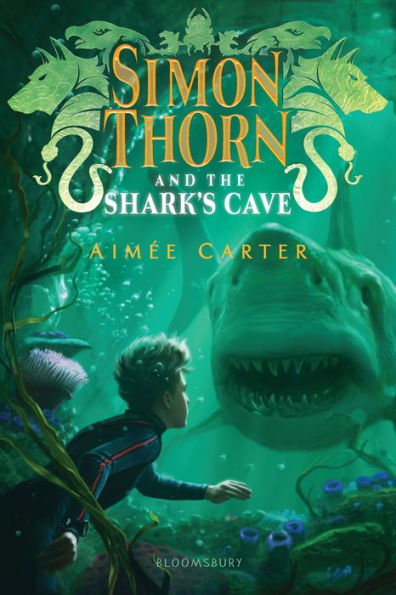 “Because I don’t judge others based solely on who they’re related to or what animal they shift into,” said Malcom, a challenge to his voice. “. . .I also don’t believe in isolating others simply because they’re different.” –Simon Thorn and the Shark’s Cave

Simon Thorn and the Shark’s Cave

Simon Thorn is just learning the rules of the Animalgam, a secret race of people who can shift into animals. After years of being bullied, he has finally found a group of friends. They attend the secret Animalgam academy, which is hidden beneath New York’s Central Park Zoo. Simon and his friends are looking for the pieces of a terrible weapon—the predator. They are determined to destroy the weapon before Simon’s grandfather, Orion, can use it to take over the Animalgam kingdom.

When Simon’s dolphin friend Jam is summoned home to the underwater kingdom, Simon decides it is the perfect time for him to search for a missing piece of the predator. Simon soon discovers that finding the piece will be harder than he thinks. There is a traitor among the underwater kingdom and Jam’s family has strict rules that cannot be broken. Can Simon and his friends find the piece before Orion?

The third book in the Simon Thorn series takes the reader on a fast-paced ride through the underwater world where sharks rule. Even though Simon is still looking for a piece of the predator, Simon Thorn and the Shark’s Cave doesn’t simply repeat the events of previous books. Instead, the story focuses on Jam’s strict, military family and the dangers that lurk underwater. Even though the story has many of the same characters, Jam’s family is introduced, and with that come new complications.

Simon Thorn’s world is unique, dangerous, and utterly captivating. The characters are distinct, well-developed, and interesting. Simon is surrounded by a host of Animalgam with questionable intentions as well as two villains who are willing to kill him to gain power. The story highlights the dangers of one person having too much power. Simon thinks that even if someone wants peace, tyranny is not the way to gain it because “there will always be good people who rise up against tyrants and murderers regardless of what it cost them.”

The story highlights the importance of learning from mistakes as well as forgiveness. While in the underwater world, Simon gets a glimpse of the negative aspects of sexism, especially how it affects Jam’s sisters. Simon’s friend Felix points out that Simon is unique because, “You meet someone and you see who they are, not what they are. You got any idea how rare that is, kid?”

The Simon Thorn series must be read in order because the plot builds on previous books. However, readers who have read the first two books in the series will not be disappointed in this installment. New characters, new adventures, and new dangers arise in Simon Thorn and the Shark’s Cave. The fast-paced action and plot twists will keep readers engaged until the very end. The Simon Thorn series gives readers a relatable hero who will do whatever it takes to keep his family and friends safe.

“Because I don’t judge others based solely on who they’re related to or what animal they shift into,” said Malcom, a challenge to his voice. “. . .I also don’t believe in isolating others simply because they’re different.” –Simon Thorn and the Shark’s Cave