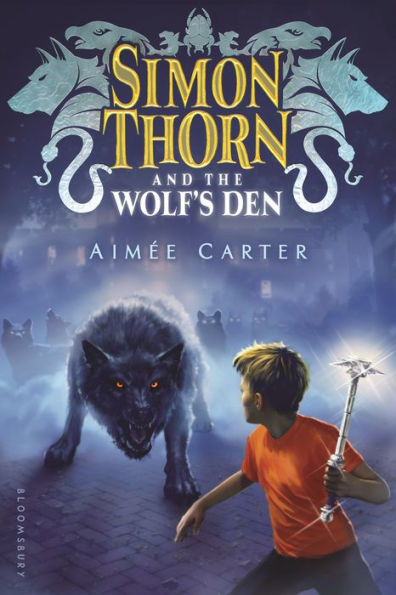 “We can’t control what other people think of us, but we’re the only ones who get to decide who we really are,” Darryl. –Simon Thorn and the Wolf’s Den

Simon Thorn and the Wolf’s Den

Twelve-year-old Simon Thorn’s best friend is a mouse. The kids at school think Simon’s a freak because he talks to animals. Simon doesn’t think life can get worse, until a herd of rats kidnaps his mom. After his mom’s disappearance, Simon learns that he and his family are Animalgams—people who can change into an animal at will.

The children of the Animalgams attend a secret academy hidden within New York’s Central Park Zoo. Simon sneaks into the academy hoping to find clues to his mother’s whereabouts. While at the academy, Simon learns that the Animalgam world is full of ancient rivalries and feuding kingdoms. Commanding the school is a dangerous foe intent on holding supreme power, and she thinks Simon is the key to gaining it. In an instant, Simon’s world has shifted, and he isn’t sure who he can trust. Simon is determined to find his mother, but he may lose his life in the process.

Simon Thorn and the Wolf’s Den jumps into action right from the start. The plot twists and turns as Simon uncovers family secrets, new friends, and evil villains willing to kill for power. Although the plot is complicated, the author circles back to repeat important information, which helps the reader keep track of key details.

Simon is a relatable character because he wants to fit in, but he refuses to bow to bullies. Even when Simon is under intense pressure, he continues to do what is right, including protecting those around him. Because the story is written in the first person, Simon’s thoughts and feelings allow the reader to understand why Simon puts his life in his enemy’s hands.

The villains in the story are capable of hiding their true intentions, but in the end, their actions show the dangers of desiring power. The story also highlights the themes of friendship, forgiveness, and the pain of loss. Simon’s uncle, Darryl, shows what a good parent figure should act like—he gives encouragement, sets rules, and is willing to die for Simon. At the end of the story, readers will understand that even when people have good intentions, the outcome doesn’t always work out as expected.

The story’s advanced sentence structure and often scary violence make the story more appropriate for older elementary readers. Simon Thorn and the Wolf’s Den is a fast-paced story that takes readers into a fantasy world where unlikely Animalgams band together to defeat evil. This entertaining story will surprise and delight readers, while it teaches that “you are the person you choose to be, not the person others think you are.” Readers will be clamoring to read the next book in the series, Simon Thorn and the Viper’s Pit.

“We can’t control what other people think of us, but we’re the only ones who get to decide who we really are,” Darryl. –Simon Thorn and the Wolf’s Den