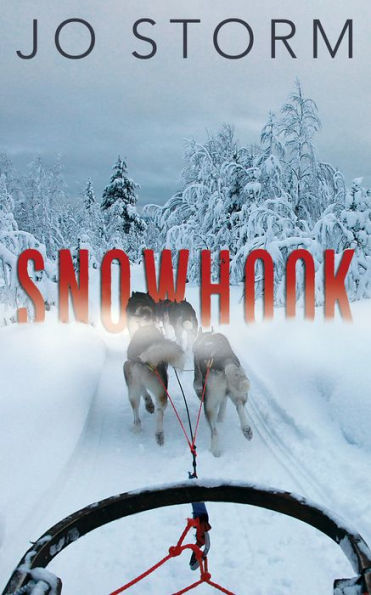 “With the right kind of encouragement, a good leader and their team can overcome any obstacle,” Mrs. Dowling. –Snowhook

Fourteen-year-old Hannah isn’t thrilled about spending time in her family’s remote Alaskan cabin. She’d rather hang out with her friends or spend time at the mall. Instead, she’s learning survival skills that she doesn’t think she’ll ever need. Then, a massive ice storm traps her family, and Hannah’s mom is desperately low on insulin. With no power and no way to contact the outside world, Hannah decides to take matters into her own hands. Hannah sneaks away with the family’s four dogs and an old dogsled.

Hannah only plans to go as far as the nearest neighbor, who should have a working phone. But unexpected events lead her into the wilderness with a boy who disagrees with her at every turn. As the two teens fight worsening weather, Hannah must use all her skills to get help for her family before they all freeze to death in the wilderness.

Surviving the wilderness in the middle of a blizzard should lead to exciting events; however, Snowhook will only leave the reader frustrated. Hannah wants to be a hero, but instead, she comes off as an ungrateful, whiny brat who spends most of her time complaining. When her neighbor Peter joins her, the two spend almost all of their time yelling at each other. Even though the two are able to survive some dangerous situations, luck plays a bigger role in their survival than skill.

In addition to the two unlikable characters, there are many unanswered questions. For instance, Hannah and Peter must run from Peter’s aunt who has PTSD from being in the army; however, after they escape the aunt’s story is never told. In addition, Peter and Hannah have a strange argument about immigrants, Peter hints that he hates his father, and he is also clearly afraid of dogs. But in the end, none of these issues are discussed or resolved. Instead, once the two get to town, the story abruptly ends with no real closure.

Snowhook’s slow pace, difficult vocabulary, and argumentative characters make the story as difficult as walking through a snowdrift. Readers interested in cold weather survival stories should leave Snowhook on the shelf, and choose instead Not if I Save You First by Ally Carter or Trapped by Michael Northrop.

“With the right kind of encouragement, a good leader and their team can overcome any obstacle,” Mrs. Dowling. –Snowhook