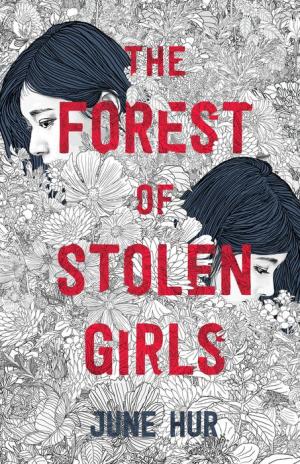 “My father used to say that no matter how deep the lies, truth will always surface. For truth is unyielding; it will strive for the light year after year after year.” Hwani Min, ―The Forest of Stolen Girls

The Forest of Stolen Girls

1426, Joseon (Korea). Hwani’s family has never been the same since she and her younger sister Maewol went missing and were later found unconscious in the forest near a gruesome crime scene.

After five years, Hwani reunites with Maewol on Jeju island. Hwani has crossed the sea to find her father, Detective Jeewoo Min, after he has disappeared while investigating the disappearance of thirteen other girls. She is the older sister whose life plans—to get married and bear children—have come to a halt.

Maewol was called to be a shaman and train under Shaman Nokyung. Unlike Hwani, Maewol despises their father and does not wish for him to be found. When the body of one of the girls is discovered, Maewol and Hwani get sucked into the mystery of the disappearance of the young girls. The sisters realize there’s a possible correlation between the disappearances and their own Forest Incident, an event that left Hwani and Maewol completely changed. As Hwani and Maewol investigate further into the disappearances of the missing girls, they encounter a formidable enemy, the Mask, and the sisters learn that evil comes in different forms.

The entire story of The Forest of Stolen Girls is told in a prose narrative style, in the first person point of view. The story follows Hwani and her turbulent investigation into her father’s disappearance and, into the disappearance of thirteen young girls between the ages of eleven and eighteen. As the reader follows Hwani’s investigation, they will feel what Hwani feels and suspect who Hwani suspects.

The story displays a realistic sisterly relationship. The two sisters they, but are also kind to one another. A majority of the story is spent on the obstacles Hwani and Maewol face as sisters. Hwani is more logical and calculated while Maewol is impulsive and acts upon instinct. Maewol despises her father while Hwani idolizes him; this creates the central conflict. Hwani discovers her father is not as good as he seems and learns to be there for Maewol. Maewol, in turn, learns to forgive her sister even when Hwani has wronged her. At the end of the story, their sisterly bond is what saves Maewol and Hwani.

The Forest of Stolen Girls deals with the brutal history of China’s imperialism over the Korean peninsula. The core of the story relies on the historical fact that in Joseon, Korea, over 2,000 girls were kidnapped from their homes and sent to China as “tribute girls.” The story deals with this intergenerational trauma gracefully and brings to light atrocities committed by both Chinese and Joseon officials alike. The taking of tribute girls results in characters committing heinous actions for the sake of their own daughters. In order to prevent Gahee from being taken as a tribute girl, her father sliced up her face. Though her father did it to protect her, this actions permanently disfigured her and made her an outcast among her own people.

The Forest of Stolen Girls shows class strife and how it correlates with the missing girls. Rich officials of the Joseon government use bribes to keep their daughters from becoming tribute girls. But because the officials need new girls to take the place of their spared daughters, they kidnap girls from poverty.

The story shows the desperation of the poor, such as Convict Baek aiding in the kidnapping of girls in order to feed his daughter. The Forest of Stolen Girls shows readers that no one is truly bad and no one is truly good. It is the system in place that pressures people into continuing this cycle of grief and trauma.

The Forest of Stolen Girls is a beautiful novel that centers around a story of Asian women and the trauma they’ve endured for centuries. The mystery is beautifully woven, with every event, fight and conversation is meant to either aid the investigation, provide a red flag, or add to the characters’ stakes in the mystery. The twist is pulled off excellently and shows realistic motives that reveal the monster in people. The Forest of Stolen Girls is for readers who like murder mysteries, historical fiction, or would like to learn more about East Asian history.

“My father used to say that no matter how deep the lies, truth will always surface. For truth is unyielding; it will strive for the light year after year after year.” Hwani Min, ―The Forest of Stolen Girls