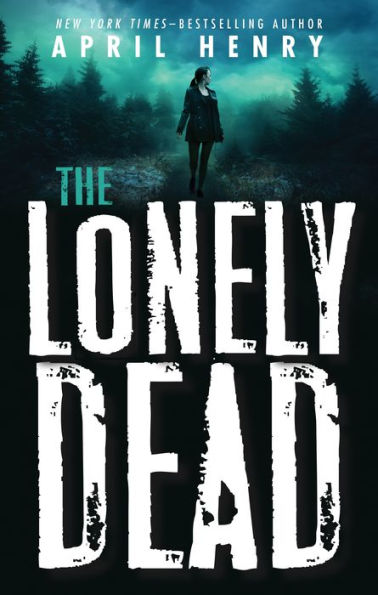 “Maybe everyone wore a mask,” I thought. “Maybe everyone had one self they showed the world, with a weaker, damaged person underneath,” Adele. –The Lonely Dead

For years, doctors have told Adele that she has schizophrenia, that the ghosts she sees are just a figment of her imagination. Adele is tired of living in a drug-induced fog and decides to ditch the drugs. But now the ghosts are back. When Adele finds her ex-best friend’s body and her ghost, she realizes the dead aren’t really dead and only she can talk to them.

When Tori’s body is found in a shallow grave, the police focus their investigation on Adele. As the prime suspect in the murder, Adele decides to find the killer, which means working with Tori’s ghost. When Tori begins questioning others, danger comes from all directions. Will she be able to find the murderer or will the murderer silence Adele forever?

The Lonely Dead has an interesting premise but lacks suspense or any sense of urgency. Adele lacks personality and common sense. In her search to find the killer, the clues come too easily and she makes unwise choices. It is difficult to believe that she would trust a murder suspect just because the suspect is good-looking. Even though Tori’s death should add a tragic tone to the story, it is hard to feel sorry for the self-centered girl who was mean to everyone and lacked self-control.

The story teaches about the dangers of alcohol and the importance of being aware of one’s surroundings. However, the author takes the idea of a blackout too far. Tori does not know who killed her because she blacked out, and Adele wonders if she blacked out and then killed Tori. Not only is this unrealistic, but Adele’s confusion borders on the absurd.

Adele is surrounded by turmoil; both her mother and grandmother died due to mental disorders, her harsh grandfather gives her little support, and she is friendless. The story focuses too much on Adele’s inner monologue as well as her past struggles. Instead of being interesting, the family’s background takes away from the murder mystery and adds little to the story. To make matters worse, the police, the student teacher, and the psychologist are all portrayed in a negative light.

One good point of the story is the focus on Tori’s bad behavior. Adele points out that Tori hurt people when she ignored them. Adele said, “You might not ever have laid a hand on them, but it still hurts when someone acts like you’re not even there.” You may want to avoid The Lonely Dead since the murder mystery lacks interesting characters, surprises, or a sense of urgency.

“Maybe everyone wore a mask,” I thought. “Maybe everyone had one self they showed the world, with a weaker, damaged person underneath,” Adele. –The Lonely Dead