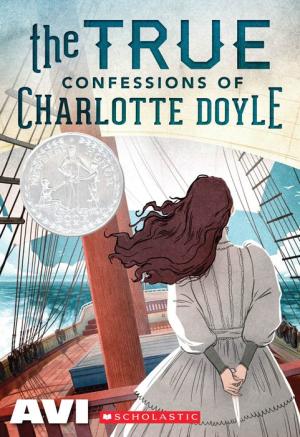 “A sailor chooses the wind that takes the ship from a safe port. But once you’re aboard, as you have seen, winds have a mind of their own. Be careful, Charlotte, of the wind you choose,” Zachariah. – The True Confessions of Charlotte Doyle

The True Confessions of Charlotte Doyle

Thirteen-year-old Charlotte Doyle leaves her boarding school in England to reunite with her family in America. She leaves England a prim and proper lady with a notebook from her father to detail her travels. However, Charlotte quickly discovers that her voyage home is not going to be smooth sailing.

On board The Seahawk, Charlotte fears the majority of the ship’s male crew, including the lone black man Zachariah, who gives her a knife the first time they meet. He warns Charlotte to keep the knife for protection, as “she might need it.” This is the first hint that things aboard The Seahawk aren’t all they seem, but Charlotte’s determined to keep her ladylike composure, especially in front of Captain Jaggery. Jaggery is a refined and educated man, unlike his crew, which prompts a friendship between him and Charlotte. Yet, Charlotte wonders if something more is awry when Jaggery asks that Charlotte become his “informant” and report any talk of rebellion to him.

After her promise, Charlotte discovers that the crew intends to mutiny. When Charlotte reports the threat, Jaggery responds with violence, killing some of the sailors including Zachariah. Suddenly, Charlotte’s journey turns into one of atonement. To fill the gap left by the now dead sailors, Charlotte joins the crew. Then, during a hurricane, the first mate is found with Charlotte’s knife in his chest. After a trial by Jaggery (who now scorns Charlotte because she has sided with the crew), Charlotte is proclaimed guilty, even though she didn’t commit the crime.

In the end, it’s discovered that Zachariah lived through his beating. He helps Charlotte create a plan to rid the ship of Jaggery and prove her innocence. They discover that it was Jaggery who murdered the first mate as a ploy to get rid of Charlotte, whom he hates for being an “unnatural” girl. Charlotte is able to dispatch Jaggery and sail home as a young captain with Zachariah by her side. However, her greatest conflict is the one she faces back on American soil, when her father burns her journal and forces her to be a “lady” again. Charlotte runs away from home when she remembers the words Zachariah once told her: “A sailor chooses the wind that takes the ship from a safe port. . . but winds have a mind of their own.”

The True Confessions of Charlotte Doyle is a thrilling and detailed story for young adults. The book is told from Charlotte’s perspective, and she is a compelling narrator. At first, she’s somewhat difficult to like because she’s stuck in her ways, but the reader will sympathize with her desire to do what is right despite the criticism she faces as a woman. While it is unlikely something like Charlotte’s story ever happened at the time, the story is realistic in the context of the era – such as the behavior of the characters, the dialogue, and the use of religion. The end of the book also includes a glossary of ship terms which the author uses for the reader to feel as if they’re on board a ship just like Charlotte is. The overarching message of this story is to follow one’s own path, even in the face of adversity, and Charlotte is a character that embodies that until the end.

“A sailor chooses the wind that takes the ship from a safe port. But once you’re aboard, as you have seen, winds have a mind of their own. Be careful, Charlotte, of the wind you choose,” Zachariah. – The True Confessions of Charlotte Doyle