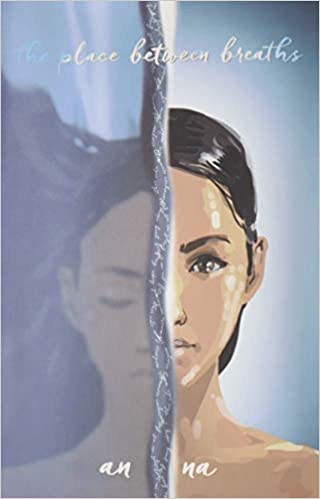 “There are many versions of a story. Many sides have lenses that can distort, change, illuminate what is seen and unseen. What is heard and unheard. What is felt and unfelt. In the end, truth is but a facet of a diamond, a spark of ray from the sun,” Grace —The Place Between Breaths

It’s been years since Grace’s schizophrenic mother fled from her and her father, Dr. King. Deep down, Grace knows that her mother’s disappearance was purposeful – that she left out of fear that staying would only cause the family more pain. Now in her teens, Grace’s relationship with her father is strained. Dr. King is still working tirelessly as a recruiter at a lab that studies schizophrenia in order to find a cure. “He waits for [his wife] to return, to be found, and finally, finally, their love, [their] family [to be] whole again.”

Grace, who is interning at the same lab, knows better than her father. She knows “what is and is not within the realm of possibility . . . [that] hope is just a four letter word.” The only thing she believes in is science. And one day, science comes through for Grace. She discovers a DNA code that could be the breakthrough her father has hoped for. Or at least, that’s what she thinks. The discovery could be a delusion, as Grace’s mind has already begun to slip. Grace is experiencing symptoms that are all too familiar to the ones she witnessed as a child. Soon, she cannot be certain of what is real—and neither can the reader.

The Place Between Breaths is rather unique in the way it is presented. Grace narrates much of the novel; however, several chapters take on different points of view. Sometimes the reader is given flashbacks from Grace’s childhood that are told in the third person. Other times, the narrative takes on a second-person point of view with an ambiguous speaker who is speaking to an unknown person. This creates a somewhat disjointed and intentionally confusing reading experience, like puzzle pieces that are meant to be put together as the story goes on.

Grace’s emotions are very raw making her easy to sympathize with. The reader feels her growing hopelessness as her schizophrenia consumes her. During a schizophrenic episode, Grace thinks to herself, “Please let me die. I refuse to live like this.” Readers will want Grace to find peace in her rapidly deteriorating state. Other characters are difficult to get a good sense of, which is clearly intentional. Since Grace cannot be certain of what is going on around her, the reader cannot be certain if the people around her are who she perceives them to be.

The Place Between Breaths requires readers to pay careful attention to the text, particularly in the concluding chapters. It may even be necessary to read the novel over again to grasp what exactly happens. This is doable, as it is a brief 181 pages. However, certain readers might be irritated by how confusing the narrative is and frustrated by the lack of closure. The confusion is purposeful because the audience is meant to experience the story through the lens of having schizophrenia.

The Place Between Breaths is an important novel that spurs an honest understanding and empathy for those suffering from schizophrenia. It is a uniquely told story that manages to be moving despite its confusing nature. It has a bittersweet message that, while many people continue to fall victim to this disease, medical advancements are slowly but surely being made. Teenagers who are interested in exploring mental illness in literature will likely enjoy the read. However, The Place Between Breaths is definitely not something everyone will enjoy. The Surprising Power of a Good Dumpling by Wai Chim also explores how mental illness can affect a family.

“There are many versions of a story. Many sides have lenses that can distort, change, illuminate what is seen and unseen. What is heard and unheard. What is felt and unfelt. In the end, truth is but a facet of a diamond, a spark of ray from the sun,” Grace —The Place Between Breaths