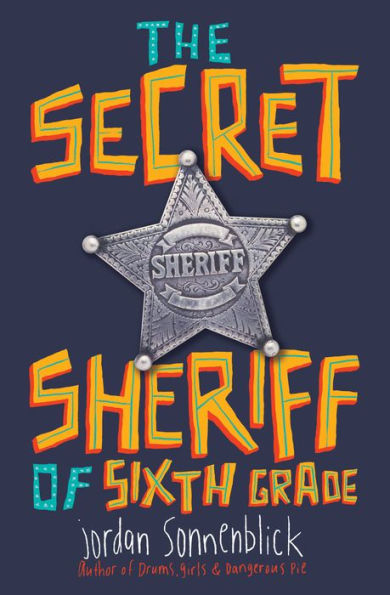 “Maybe kindness spreads slowly, and even fails for a while, but then sort of seeps through again and keeps moving outward. . .” Maverick. —The Secret Sheriff of Sixth Grade

The Secret Sheriff of Sixth Grade

Sixth-grader Maverick dreams of being a superhero. The only problem is that he’s weak, friendless, and has a host of problems. His father died in the war in Afghanistan. His alcoholic mother brings home abusive boyfriends. His mother’s love of alcohol and inability to keep a job often leaves Maverick hungry and wearing dirty clothes.

Maverick holds on to a plastic sheriff’s badge that his father gave him. The badge reminds him to fight for those smaller than him—even if it’s hard to find someone that small. However, every time Maverick tries to defend someone else, his efforts always take a wrong turn.

The Secret Sheriff of Sixth Grade quickly pulls readers into the story because it’s told in a first-person point of view and showcases Maverick’s self-deprecating attitude and desire to help others. Even though Maverick has a host of problems, he has the heart of a hero. Readers will laugh out loud at his mishaps, cry at his misfortunes, and root for him every step of the way.

The supporting characters are so well developed that their unique personalities jump off the page. As Maverick gets to know other people, his perception of them changes as he realizes that their actions are often misinterpreted. For example, the assistant principal who Maverick originally thinks is terrible, turns out to have a kind heart.

Domestic abuse and alcoholism are weaved into the story in a kid-friendly manner, which allows the reader to see the devastation caused by the two without giving frightening details. At one point, Maverick wonders if he will become an abuser like his dad. His aunt tells him that changing the patterns of your life is difficult. “It’s hard. Sometimes making the right choices is super hard.”

The Secret Sheriff of Sixth Grade is a fast-paced, powerful story that shows the importance of kindness and standing up for others. In the end, Maverick realizes that he is not just a “shrimpy loser,” but an imperfect boy that can impact others through acts of kindness. Maverick learns that “Maybe I didn’t need webs to be a hero—or rippling muscles, or a bulletproof shield. Maybe, at the end of the day, I could just keep trying to look around for people who needed a hand, and then grab on to theirs with my own.”

“Maybe kindness spreads slowly, and even fails for a while, but then sort of seeps through again and keeps moving outward. . .” Maverick. —The Secret Sheriff of Sixth Grade