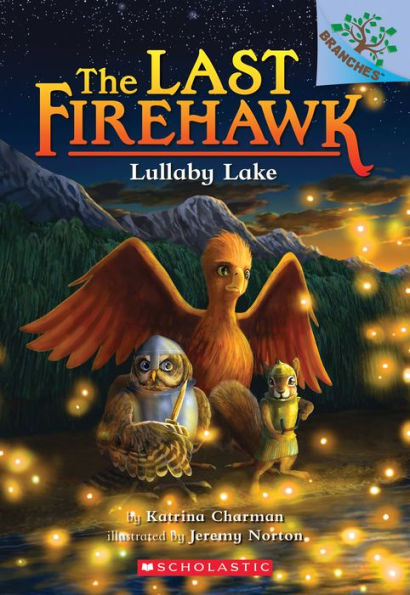 The evil vulture Thorn makes an exciting appearance in the fourth book of The Last Firehawk series. Lullaby Lake adds mystery when Tag and his friends keep falling asleep and forgetting their goal. With the help of a sleepy sloth and a bit of good luck, the three befriend a nixie, who happens to be the princess. Although the story has less adventure than the first books in the series, the fairy world adds new characters, magic, and an argument with a protective fairy king.

The repetitious nature of the series may lead some readers to become bored with the series. Lullaby Lake ends with the three friends needing to find another piece of the Ember Stone. Similar to The Whispering Oak, the protector of the Ember Stone does not want to give the stone to Tag and his friends. The similarities between the plots leave the story lacking much-needed suspense.

The fourth book in the series continues to use onomatopoeias, which are scattered throughout the story and make the reading fun. Short sentence structure, dialogue, and simple vocabulary make the series easy to read. Black-and-white illustrations appear on every page and help bring the story to life.