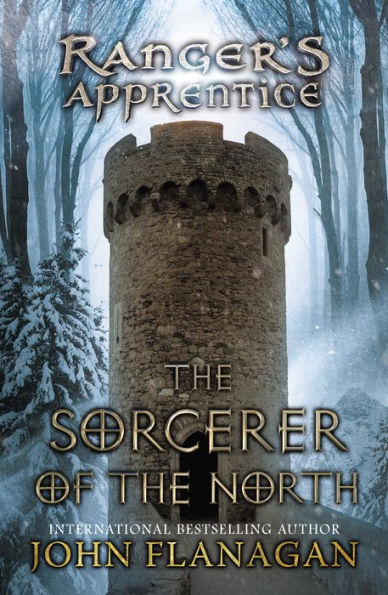 “I mean, there is obviously an evil force that influences our world. We’ve all seen too many examples of criminal behavior to doubt it. Who’s to say that there isn’t the occasional person with the ability to summon that force or channel it to his own use?” Crowley. –The Sorcerer of the North

The Sorcerer of the North

Will is finally a full-fledged Ranger, who has his own fief to look after. Will is just getting used to the sleepy fief when he is called away on a secret mission. Lord Syron, who is a master of a castle far in the north, is struck down by a mysterious illness. Some believe that Lord Syron has been struck down by an ancient enemy who is using dark magic. One thing is known for sure: many do not respect Lord Syron’s son, Orman. Will Orman be able to guide the fief during his father’s illness?

As Will is trying to determine who is loyal to Lord Syron, Alyss shows up disguised as a noblewoman. The two hope to discover who is to blame for Lord Syron’s illness. As Will battles growing hysteria, traitors, and most of all, time, Alyss is taken hostage and Will is forced to make a desperate choice between his mission and his friend.

The Sorcerer of the North has a slow start as Will travels to his new fief. Unfortunately, Will is called away almost immediately. During the first part of the book, Halt, Alyss, and several other known characters make a short appearance. Even though their appearance sets up the book’s conflict, the action is slow. Readers who have read the previous Ranger’s Apprentice books will continue reading because they are familiar with Will and the other characters; however, those who have not read the previous books in the series will not want to start with this one.

In The Sorcerer of the North, Will spends too much time traveling to meet different people in attempts to learn about Lord Syron’s kingdom. Instead of being interesting, the reader may quickly become bored. Once Will travels to Syron’s castle, he still spends much of his time collecting information. It isn’t until the end of the book that the action picks up, ending in a cliffhanger that will lead readers to pick up the next book in the series, The Siege of Macindaw.

Even though The Sorcerer of the North isn’t as entertaining as the previous books, readers will enjoy seeing Will become more confident as a Ranger. As Will investigates Lord Syron’s fief, he learns that things are not always what they seem. However, the story has few surprises, too little action, and an easily solved mystery. In addition, readers will miss Halt, Horace, and Evenlyn, who were prominently featured in the previous books. Despite this, readers will want to continue to read The Sorcerer of the North because they know that Will’s next exciting adventure is just around the corner.

“I mean, there is obviously an evil force that influences our world. We’ve all seen too many examples of criminal behavior to doubt it. Who’s to say that there isn’t the occasional person with the ability to summon that force or channel it to his own use?” Crowley. –The Sorcerer of the North