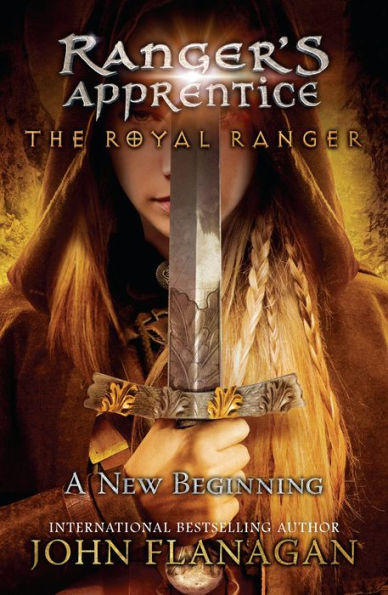 “We help people in trouble. Whether it’s tracking down highwaymen or arresting killers—or saving a farmer’s eggs. Rangers are here to serve people,” Will. –A New Beginning

Will Treaty has come a long way from the small boy with dreams of knighthood. Life had other plans for him, and as an apprentice Ranger under Halt, he grew into a legend—the finest Ranger the kingdom has ever known. Yet Will is facing a tragic battle that has left him grim and alone. To add to his problems, the time has come for him to take on an apprentice of his own, and it’s the last person he ever would have expected: Princess Madelyn, the daughter of Princess Cassandra. Will will have to win the trust and respect of his difficult new companion—a task that at times seems almost impossible.

A New Beginning brings the exciting tale of Horace and Cassandra’s daughter, Maddie. Fans of the Ranger’s Apprentice Series will be eager to follow Will Treaty on an epic journey that pits a group of evil slavers against Will and Maddie. The fast-paced story has plenty of adventure and action as well as humorous moments. The first part of the story focuses on Maddie’s Ranger apprenticeship where she not only learns the skills of a Ranger, but also learns to have compassion for the common people. The second part of the story focuses on Will and Maddie as they investigate the kidnapping of children. Both parts expertly merge for a suspenseful conclusion that contains several surprises.

As a princess, Maddie was disrespectful, disobedient, and defiant; however, readers will connect with the spoiled princess who wants adventure and a life of purpose. Being a Ranger’s apprentice allows Maddie to learn important survival skills, such as how to defeat an enemy, why loyalty is important, and the necessity of following orders. Plus, Maddie gets an inside look at the struggles of peasants. The satisfying conclusion shows Maddie’s growth from a spoiled brat to a brave Ranger’s apprentice who helped save children from being sold into slavery.

A New Beginning is not for the faint of heart; an evil villain, bloody battles, and many deaths are all essential parts of the plot. The fighting and deaths are described in detail. Plus, the story focuses on the Stealer, who “is a mysterious spirit, dressed all in black, and wearing a black mask and cloak. He materializes in a village and takes children.”

Although A New Beginning is the beginning of Maddie’s story, those who are new to the Ranger’s Apprentice Series will not understand the significance of some of the people and events that take place. For maximum enjoyment, readers should first read all 12 books in the Ranger’s Apprentice Series. While this may seem like a huge undertaking, each book has a unique new conflict that will capture readers’ attention.

Through the Ranger’s Apprentice Series, Flanagan creates a world where good and evil often clash. By the end of the series, readers will feel like the characters are their friends. While the series often delves into serious topics, the books also reinforce the importance of loyalty, sacrifice, and friendship. Readers who decide to jump into the Ranger’s Apprentice Series will be swept away into a world where knights exist, princesses help save the day, and the Ranger’s apprentices always help overcome evil.

“We help people in trouble. Whether it’s tracking down highwaymen or arresting killers—or saving a farmer’s eggs. Rangers are here to serve people,” Will. –A New Beginning