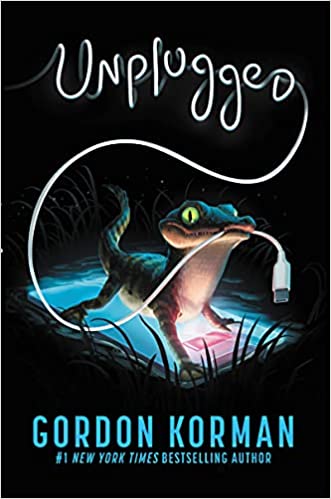 “He has no idea how having friends – human and reptile – changes everything about a guy’s priorities. And how doing the right thing can be more important than doing what makes you happy– even when it hurts,” Jett. –Unplugged

Jett Baranov is the son of one of the wealthiest tech moguls in the world and has just been dubbed “Silicon Valley’s Number One Spoiled Brat” by the tabloids. As much as that title may seem cute and funny, Jett’s father finds it to be anything but, and he decides Jett needs some time away from the privileged world he knows all too well.

In comes Oasis, the center for wellness and all things naturalism, where Jett will be spending the summer. There is just one catch . . . Oasis is completely unplugged and therefore Jett must surrender every piece of technology he has in order to ensure he can truly immerse himself in the experience. Without his phone, Jett has no idea how he is going to entertain himself for the whole summer or what he will eat since the camp is fully vegetarian. That is until he finds himself joining together with fellow campers: Grace, Tyrell, and Brooklyn, to raise a mysterious lizard named Needles. Soon, the group dubbed Team Lizard find themselves taking late night trips to a small island off the coast of the Oasis to get fresh meat for Needles and to enjoy a few non-vegetarian meals themselves.

Finally, with help from Needles and Team Lizard, Jett starts to feel that the summer spent at Oasis may just be bearable. But something suddenly seems to be going wrong with the other patrons at the Oasis, one of them being Jett’s babysitter, Matt. All the patrons are beginning to take private meditation sessions with the Oasis’s second in command, Ivory. But Jett can’t seem to figure out why everyone raves about Ivory. And why are they donating large sums of money to her? Whatever the reason may be, Jett and Team Lizard must figure it out immediately!

As the team works to uncover the secrets of the Oasis and its workers, they find themselves in more trouble than they know what to do with. Solving the secrets of the wellness center will take them everywhere from a creepy mansion that sits on a small island near the Oasis to an alligator infested swamp. As Team Lizard take on each new mystery, they find that sometimes the friends you always needed can be found where you never expected them to be.

Each chapter is narrated by a different member of Team Lizard and provides the reader with more insight into the inner thoughts of each character. This format of storytelling adds a fun twist and makes the plot more intriguing than if it had been told through Jett’s perspective alone. In addition, each member of Team Lizard was brought up in different circumstances which changes the way each member views challenges. For example, Jett grew up never needing to obey the word no, and he therefore refuses to stop digging for clues to solve the mystery of the Oasis, even when the rest of Team Lizard tells him to stop. While Jett and Grace are sometimes annoying, they eventually evolve into more mature individuals. Jett finally understands that not every problem in life can be solved through technology and Grace comes to terms with the fact that sometimes our initial perception of someone can be wrong.

Unplugged is the perfect novel for readers who want a simple and fun read. While the novel may be lacking in heavy-hitting topics, it does reinforce valuable lessons in friendship and courage. For example, Jett begins the novel unable to complete any small task without the use of his phone and by the end, he is setting out on a dangerous mission by himself for the sake of saving others. Jett and Team Lizard set out to solve the mystery of the Oasis and to save the other attendees showcasing that courage is within all of us; it just takes one small moment for courage to shine through.

A story of friendship, laughter, and mystery, Unplugged is the perfect feel-good book for those that want a little bit of mystery mixed with a coming-of-age story of friendship. The reader will actively feel as though they are in the novel, solving mysteries with Team Lizard and growing in friendship with each character. The friendships formed between the characters of Team Lizard allow for this novel to be one that radiates love and that content feeling that comes from having a friend that knows you better than you know yourself.

“He has no idea how having friends – human and reptile – changes everything about a guy’s priorities. And how doing the right thing can be more important than doing what makes you happy– even when it hurts,” Jett. –Unplugged