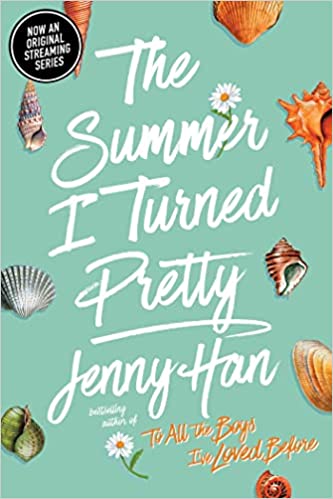 The Summer I Turned Pretty #1

The story follows 15-year-old Belly, who has gone to Cousin Beach every summer since she was born, along with her brother Steven and their mom Laurel. The house owner, Susannah, is Laurel’s best friend, and their visits are a tradition Belly always looks forward to.

Belly holds a genuine love for the house and the memories it holds. Especially when it comes to the memories Belly has shared with Susannah’s son, Conrad. Conrad is known for his intense, quiet presence and his keen observance of everything around him. Belly has been completely infatuated with him ever since they were kids. But with Conrad, she never truly knows where she stands.

It’s the complete opposite with Conrad’s younger brother, Jeremiah. Jeremiah and Belly have been close friends for as long as she can remember. They’ve kept each other’s secrets and looked out for one another. Jeremiah has been a great friend, although this summer he may no longer be satisfied with just being friends.

This year, Belly decides to branch out on her own rather than staying stuck behind the boys’ shadows. Belly is finally coming into her own and gaining confidence, which gives her the courage to venture off and meet new people. Even though Belly is determined to change, she finds herself conflicted. Somehow every time Belly thinks she’s left her insecurity behind, she runs into things that make her feel like the self-doubting little girl she once was. This causes her to reflect on the past summer memories that led her to this point.

The Summer I Turned Pretty will effortlessly keep readers intrigued because Belly shares her love for Cousins Beach and brings readers into her whirlwind life full of boys. Belly is a realistic character who faces typical teenage conflicts such as liking boys and trying to fit in. Belly’s strong-headedness will cause readers to root for her as she takes the reader through emotions such as cheerfulness, heartbreak, and nostalgia.

Although The Summer I Turned Pretty is full of clichés and a typical love triangle, the characters will make readers fall in love with them. Since the characters share their memories, their complexities shine. Plus, readers will enjoy seeing both Belly’s struggles in the present and her reminiscence on her past. However, the constant switching of time periods is frustratingly confusing. The Summer I Turned Pretty is a summer romance that is a fun, easy read that will leave you in tears. For more sweet summer romance worthy of taking to the beach to read, check out The Unexpected Everything by Morgan Matson.