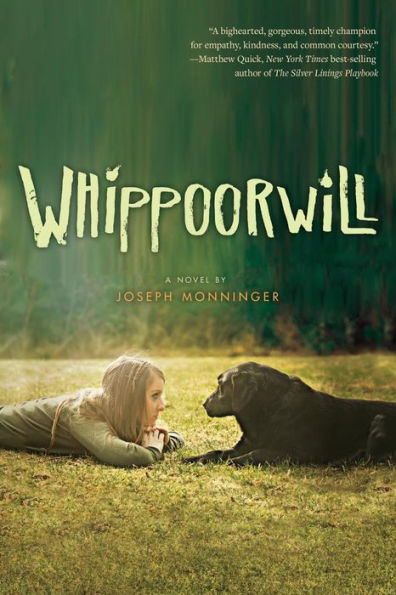 Wally had become just another piece of junk that littered Danny’s yard until Clair took notice of the old dog and her life began to change in more ways than she could have imagined. As Clair and Danny begin to train Wally with the help of a book written by Father Jasper, Clair learns a lot about people too.

Whippoorwill explores the idea that everyone needs someone in their pack. When Clair gets a glimpse of Danny’s home life, she realizes that people as well as dogs need love and guidance. Still, Clair struggles with her feelings towards Danny. She is at times flattered by his attention, but uneasy with the fact that Danny is needy.

When Danny asks Clair to spend the day with him, she looks forward to the adventure. However, when the day ends with a police chase and Danny ends up in jail, Clair realizes that sometimes you can’t fix other people’s problems.

Dog lovers will enjoy reading Whippoorwill. Most of the action in the story takes place with Wally, a neglected dog who, with some training, turns into a wonderful dog. Clair leans much about caring for dogs—and people—throughout the story.

One of the best parts of this book is the relationship between Clair and her father. Although their life is far from perfect, they accept each other how they are. Because the story is told from Clair’s point of view, the reader gets to see her thought process and her confusion about how to navigate her first boy/girl relationship. Even though Clair is not a particularly remarkable character, dog lovers will like following Clair’s journey as she learns about Wally and about life.