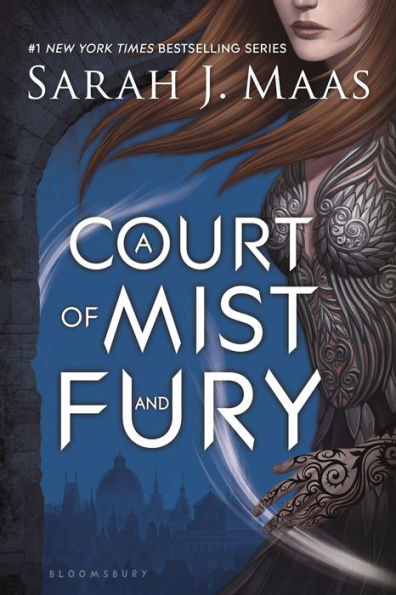 “To the people that look at the stars and wish. To the stars who listen- and the dreams that are answered,” Feyre. –A Court of Mist and Fury

A Court of Mist and Fury

A Court of Thorns and Roses #2

The story continues in this thrilling sequel. Feyre must heal from her torment and learn to control her newfound power. Feyre has saved Prythian from the evil tyrant Amarantha, and she has been reborn as a faerie. As Feyre adjusts to her new faerie body, she uncovers new powers she has been gifted from the high fae. Feyre struggles to overcome trauma causing her relationship with Tamlin to become increasingly strained. As their relationship deteriorates, Tamlin becomes more controlling. Eventually, Tamlin uses magic to trap Feyre inside their home. When Feyre calls for help, Rhysand, the high lord of the night court, hears her plea and saves her. Rhysand takes Feyre to the night court where her next chapter begins.

While Feyre begins to heal from her broken relationship with Tamlin, she finds an unlikely ally in Rhysand. As Feyre heals, her bond with Rhysand grows stronger; however, she must ready herself for an approaching threat. Dark plans are revealed, and Feyre realizes she might be the key to stopping an imminent war against Hyburn, an ancient land that is plotting a war to take over Prythian and the human lands. Will Feyre ever recover from her trauma? Will she let herself have feelings for the beautiful high lord of the night court? Will Feyre be able to master her new powers in time to save Prythian?

A Court of Mist and Fury is a stunning sequel to A Court of Thorns and Roses. Feyre is a strong female who leads the fighting and demonstrates great powers among the faeries. A Court of Mist and Fury focuses on the inner workings of the night court and introduces new, funny, and vibrant characters. As Feyre’s adventure continues, her new powers begin to make her a target among the high fae. Instead of backing down, she trains to control her powers and to protect herself. Feyre’s powers put a feminist spin on the series because the high lords need Feyre’s help to save Prythian. With this sequel, Maas creates a story that is even better than the first. A Court of Mist and Fury continues to dive into the rich history of the faerie world and the different courts.

Maas develops her characters in a realistic way that allows the readers to relate to her strong characters and fall in love with them. Maas allows her protagonist to have multiple relationships and friendships, showing that a broken heart is not the end of a character’s story. She allows Feyre to have multiple loves, with many highs and lows, to show a more realistic look at what it is to find love. These different love interests and friendships display the true difficulties of relationships and that, ultimately, everyone has to do what is healthiest for themselves when it comes to love. These relationships make the story more genuine and powerful, even though the setting is in a magical world. With Feyre’s heartbreak and her healing from physical trauma, the story touches on her mental health and the effects of depression. While Feyre is healing, she goes through a mourning process and comes out the other side stronger than ever. This novel delves into the raw emotion of heartbreak, depression, and the healing that everyone, human or faerie, must go through in their life.

“To the people that look at the stars and wish. To the stars who listen- and the dreams that are answered,” Feyre. –A Court of Mist and Fury