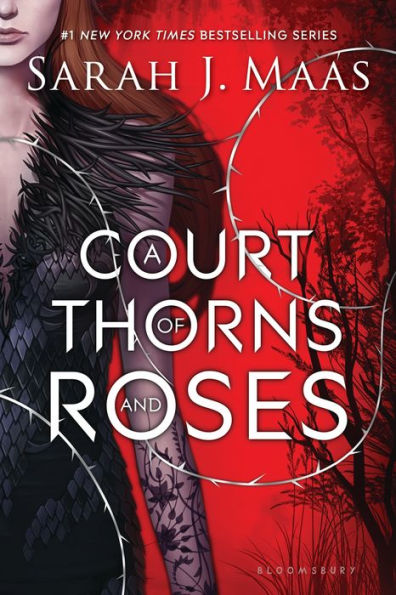 “Be glad of your human heart, Feyre. Pity those who don’t feel anything at all,” Rhysand. –A Court of Thorns and Roses

A Court of Thorns and Roses #1

In her quiet village, 19-year-old Feyre has become the sole provider for her family. After her father’s fortune was squandered, Feyre was forced to step up and take care of her father and two older sisters. Miles away from Feyre’s home, there is an invisible wall separating the human world from the faerie world, Prythian. This wall has been in place for hundreds of years under a treaty to keep humans and faeries segregated and safe from each other.

One day while hunting in the forest near the invisible wall, Feyre unknowingly shoots down a faerie that took the form of a large wolf. When a shapeshifting high fae bursts into her home to claim vengeance for his fallen soldier, Feyre is taken as payment for killing the faerie wolf and brought into the faerie world to serve for the remainder of her life. As Tamlin, her captor, takes her to the spring court, she begins to unravel the dark secrets hidden in the faerie world.

Feyre soon learns that Tamlin is the High Lord of the spring court and one of the most powerful faeries in Prythian. While living in Tamlin’s home, Feyre becomes more of a friend than a prisoner, then soon learns the treacherous pasts of the faerie courts, which includes the spring, summer, autumn, winter, day, and night court. While the spring court is filled with cursed masks, mystery predators, and a hidden tyrant terrorizing the faerie lands, Feyre must come to understand her new home and accept her growing feelings for Tamlin.

As Feyre’s feelings begin to soften for Tamlin, a mystery curse creeps closer to the spring court. When an evil tyrant takes Tamlin and his court from their home, it is up to Feyre to save her newfound home from the curse. Now Feyre must decide: does she go home to her father and sisters or go after Tamlin?

A Court of Thorns and Roses is full of twists and turns; Maas takes the readers to the fresh faerie world of Prythian and lays out the groundwork for a magical series filled with adventure and romance. Feyre must dive into the faerie world of deadly politics, deceit, and vengeance in this thrilling tale of fantasy, family, and love.

The novel focuses on setting up the fantasy world of Prythian, which is filled with fairies and mythical creatures, but it is also a true look at the power of family and survival. Feyre sacrifices herself, her dreams, and her safety every step of the way for her family, friends, and ultimately, for love. A Court of Thorns and Roses dives into a new universe of faeries and courts with rich, memorable characters. The story focuses on the characters’ relationships and how people from different worlds can come together to fight a common evil. A Court of Thorns and Roses shines a light on the most unlikely of people becoming friends in a divided world.

However, the politics of the faerie world and the different courts can get tiresome. Feyre compares every new character to how she could paint them, which becomes repetitive and unnecessary. A Court of Thorns and Roses is a slow burn, and it gets better as it goes on. As the story continues, this book is hard to put down and becomes a nail-biter. This story highlights the true strength of women through Feyre’s character, who becomes an unlikely hero in the faerie world. Feyre comes to the rescue of Tamlin, which reverses the generic “damsel in distress” trope readers have seen time and time again. Fans of Holly Black and Cassandra Clare will fall in love with Sarah J. Maas’s fantasy as she introduces the world of Prythian.

“Be glad of your human heart, Feyre. Pity those who don’t feel anything at all,” Rhysand. –A Court of Thorns and Roses

The Witch who was Afraid of Witches

The Girl Who Never Made Mistakes