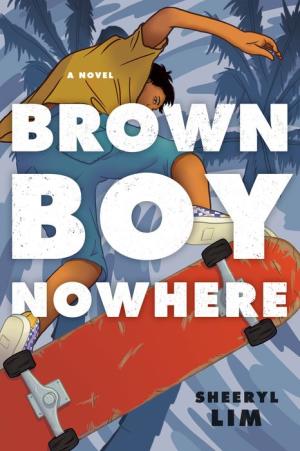 Sixteen-year-old Angelo Rivera is from the bustling city of San Diego where his parents owned a Filipino restaurant. Now, Angelo has moved across the country to Ocean Pointe where Angelo and his family are the only Asian people in the entire town. He’s left behind all of his friends, and his girlfriend Amanda, so his mom and dad can run a new restaurant called Sloppy’s Pit Stop. To make everything worse, Angelo wants to participate in a skateboarding competition in California, but the only way he can go is if he pays for his own plane ticket by working at Sloppy’s. But Angelo has a plan: Convince his aunt to let him stay in California so he can be with his friends and Amanda. He’s determined to leave Ocean Pointe behind for good.

Angelo’s plans go awry when he meets fellow outsiders Kirsten and Larry. All three of them are seen as outcasts by the students at Ocean Pointe High School where football players and cheerleaders are at the top of the social hierarchy. Kirsten abandoned cheerleading for art and Larry is the grandson of a known drug dealer. Both ask Angelo to teach them how to skate, boosting their self-confidence and creating a small group of friends for Angelo. After Amanda breaks up with Angelo over the phone, he begins to grow closer to Kirsten. As a result of bonding with Kirsten, a fight breaks out at OPHS that results in Angelo being more seen than ever.

Brown Boy Nowhere is a prose-style novel that is told from Angelo’s first-person perspective. As a result of being told in Angelo’s perspective, the reader will experience the same prejudice and violence Angelo does. This allows readers who aren’t Asian to understand the unique situations Asian people face in a racialized society. The story hits close to home for many Asian readers who understand what it’s like to be the only Asian person in a majority white town, school, or area.

Readers who aren’t Asian will also learn that some “jokes,” such as Asian people eating dogs and cats, are microaggressions that create lasting scars for their Asian peers. Even simple questions can be microaggressions depending on the person to whom they’re directed. For example, when Angelo first meets Larry, Larry asks Angelo where he’s from. When Angelo says he’s from California, Larry responds with, “No. I mean, where are you really from?” Such a question insinuates that Asian people do not, and will never belong in America and isolates Asian peers from their white peers.

Angelo also does his best to educate his new friends Kirsten and Larry on anti-Asian racism and microaggressions, calling them out on their blanket statements about Asian people. Angelo even tells Kirsten that saying, “I do not see race” is a microaggression and explains to her why. Angelo says, “I get that some people who say it mean well. But saying you don’t see race disregards my identity. I’m Asian. I’m proud of it. If you don’t see race, then you’re ignoring that part of me.”

Brown Boy Nowhere is a fascinating novel that tells a story about an Asian teenager finding himself in a town where he feels like he does not belong. The book has many early 2000s references, such as Angelo comparing Kirsten to actress Kirsten Dunst, and even has the feel of a 2000s teen movie. The book is not set in the early 2000s, but it provides Angelo with another interest and supplements his thoughts. It also tackles the incredibly complex issue of anti-Asian racism and the unique experience of a member of the Asian diaspora. Some events in the novel, such as the star football player named Grayson, vandalizing Sloppy’s, feel unrealistic and have unrealistic consequences. However, the novel is a perfect read for people who like coming-of-age dramas and want to learn more about the challenges Asian teenagers face in a world that expects them to be invisible.