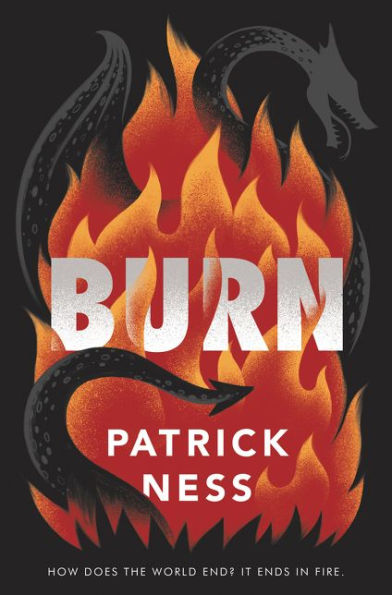 “What you must remember through all of this is that you are not special. You are merely lucky,” Kazimir. —Burn

Sarah Dewhurst’s life in 1957 changes the moment her father’s hired help arrives at their small farm in Frome, Washington. Instead of a local farmhand looking for extra cash, her father hires a blue dragon with a thick Russian accent who believes Sarah is destined to cause the end of the world.

The first half of the book follows the two main characters—Sarah Dewhurst, a farmer’s daughter, and Malcolm, a trained cult assassin—as they try to prepare for the day of reckoning. Through the dragon’s cryptic messages, Sarah learns she is destined to start a war between dragons and humans.

Malcolm travels from a Believer compound in Canada to Frome. He is sent by the cult’s goddess, Mitera Thea, to kill Sarah. As tensions rise and the two storylines converge, Malcolm activates an old dragon relic, plunging him and Sarah into a world where dragons do not exist. The second half of the novel follows the characters in the new world, where they must race against the clock to prepare a final battle before the entire world is destroyed.

The two characters who have the most growth are Sarah and Mitera Thea, the cult goddess. Sarah, who has spent her whole life fighting racism, doesn’t believe in herself, but she still stands up and fights when her world is threatened. Mitera Thea takes her human-hating tendencies to a whole new level once she turns into a dragon, and sets her sights on destroying the world. But in her final moments, Mitera Thea sees how interesting humans can be when pushed to the limit.

Burn covers several difficult topics such as racism (Sarah is a mixed raced female and her best friend Jason is the son of Japanese immigrants), homophobia (Malcolm falls in love with a young man, Nelson, during his travel to Frome), and abuse (Sarah, Jason, and Nelson all receive abuse from community members). Another tough topic that is touched on is cult worship—Malcolm was raised from his elementary years with the sole mission to kill Sarah Dewhurst. These topics are not described in graphic detail but Burn highlights why racism, homophobia, and cult worship are bad.

Patrick Ness fits seemingly random ideas into his novels and makes them work. However, dimension-hopping alongside Cold War era dragons becomes hard to follow. The build-up for doomsday is rushed and once the mini climax is revealed and the characters are transported to another world, the book begins to lose its luster and becomes confusing. While Ness tackles sensitive topics in ways that fit the setting, the week-long plot and dimension-hopping fall flat.

“What you must remember through all of this is that you are not special. You are merely lucky,” Kazimir. —Burn