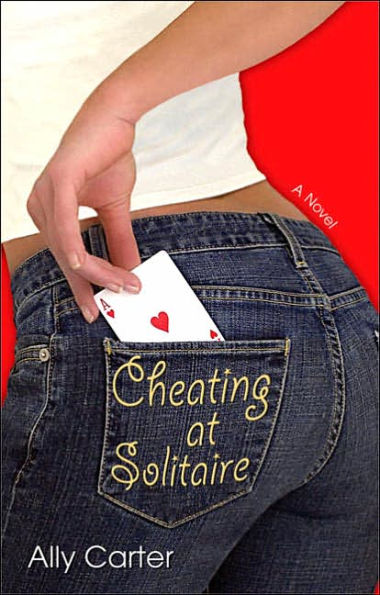 Julia James has made a career of being single. Her self-help books have helped millions learn to be happy without a man. Her fame, fortune, and future all depend on her staying happily single. When her latest book, 101 Ways to Cheat at Solitaire, is about to hit shelves, the unthinkable happens.

A picture of Julia and a gorgeous out-of-work actor hit the papers. The papers speculate the queen of single has finally found a man. Some women think Julia’s hot romance shows that anyone can find a man and happiness. Other women think that Julia has betrayed all single women. As the debate rages on, Julia’s credibility and book sales hit rock bottom. In order to save her reputation and hide from the press, Julia heads to her home in Oklahoma. The only problem is that the hot actor has decided to hide with her.

Cheating at Solitaire is a fast-paced, fun romance that takes a humorous look at falling in love. Julia is a relatable character who worries about her weight, her reputation, and how to stay on top of the game. She hides her many insecurities and has perfected being alone. Julia clearly does not know how to handle having a hot man around. The interaction between Julia and Lance is humorous and heart-warming. Even though the story focuses on their complicated relationship, it doesn’t follow the typical romantic format.

Julia’s family is full of interesting characters who add depth to the story and highlight the importance of supporting family. Although Ally Carter has made her name writing teen fiction, her debut novel Cheating at Solitaire is aimed at adults. Nevertheless, the easy-to-read story is still appropriate for teens who are fans of Ally Carter. Cheating at Solitaire doesn’t have the same intrigue as her teen novels, but for readers looking for a funny, flirty romance the story hits the target.