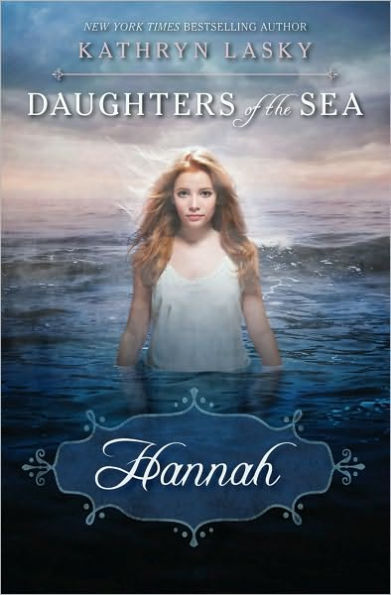 “If I could promise, Ettie, and I could want to not ever break that promise, but sometimes things can happen that are beyond your control and promises get broken,” Hannah. –Hannah

Daughters of the Sea #1

Hannah wants to be normal, but she’s not. The sea calls to her, and she can see a delicate tracing of scales on her legs. Billowing waves soothe her, but flat land makes her sick. She knows there’s something wild in her that’s different, wrong, and deeply thrilling.

Only one person seems to know who—or what—Hannah is. He’s a guest in the house where she works as a scullery girl and his fascinated gaze follows her. She doesn’t understand his terrifying allure, or her longing. But even as the mystery deepens, Hannah is sure of one thing. A sea of change is coming.

The first installment of the Daughters of the Sea Series focuses on Hannah, who doesn’t know that she is a mermaid. Much of the story focuses on the class distinction during the time period and the relationship between the serving class and the wealthy Boston family. While the running of a household is at times interesting, the story has little action. Instead, Hannah is trying to figure out why she is different than others and why the sea calls to her.

Readers looking for a book that explores the world of mermaids will be disappointed with Hannah’s story. There are too many plot points that are left unanswered. Hannah’s background is never explained and when Hannah meets a merman, the interaction borders on sexual harassment; at one point, the much older merman grabs Hannah and forces a kiss on her. While Hannah is occasionally an interesting character, some readers may find it difficult to relate to her struggles.

The long-winded descriptions, lack of plot development, and dysfunctional family dynamics make Hannah a difficult book to get through. Readers who enjoy historical fiction and want to learn more about the late 1800s may enjoy Hannah. However, if you are looking for a peek into the magical world of mermaids, you should bypass Hannah altogether.

“If I could promise, Ettie, and I could want to not ever break that promise, but sometimes things can happen that are beyond your control and promises get broken,” Hannah. –Hannah