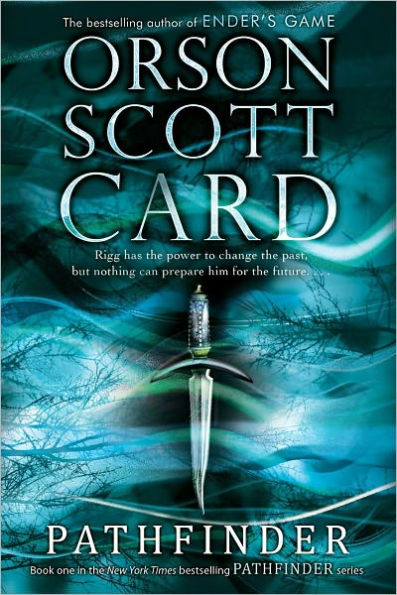 Rigg is as unimportant as a young boy can be. He lives in almost complete seclusion in the far northern woods of his wallfold. He and his father are trappers, coming down from the mountains only to sell their furs. But Rigg has a talent. He can see the path left by every living being that has traversed Garden. This skill comes in handy when tracking animals, but it is not until his father dies that Rigg beings to realize the full extent of his powers.

With his dying breath, Rigg’s father tells him a secret—he is not Rigg’s father. Shocked and hurt, Rigg must travel into the heart of civilization to find his family. He explores his terrifyingly powerful talent on the way, using it to get out of trouble time and time again. But when he arrives at his wallfold’s capital, he realizes that his talent may be most useful in protecting himself from his very own family.

Orson Scott Card creates a fascinatingly unique world. His detailed understanding of physics and his elaborate exploration of time travel puzzle and delight. Rigg’s story is wonderful to follow. It is exciting, dangerous, and enthralling. The skill in which Orson Scott Card builds this world will quickly suck readers into a wonderful trilogy. There are adult conversations regarding sex and violence, but the adult content is not described in detail.