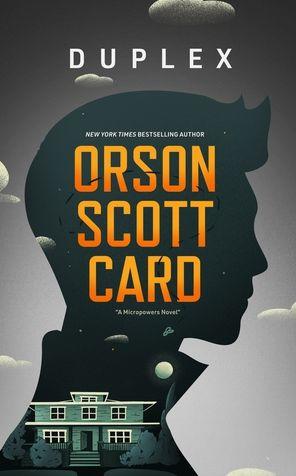 Ryan wakes up to find his contractor dad building walls to turn their big old house into a duplex. The family that moves into the other side includes Bizzy Horvat, the pretty girl he has a crush on at school. Bizzy claims her mother is a witch with the power to curse people with clumsiness or, in Bizzy’s case, astonishing beauty.

When a bee gets caught in Bizzy’s hair, Ryan acts so quickly and radically to save her from getting stung that he attracts the attention of a group of micropotents—people with micropowers. He soon realizes that Bizzy and her mother also have such powers. It becomes Ryan’s job, with the help of the other micropotents, to protect the Horvats from a group of witch hunters from their native country, who are determined to kill Bizzy, her mother, and all the other “witches”—micropotents—who have gathered to protect them.

Ryan is a loveable, ultra-smart nerd, who will do anything to keep the people he loves safe. Throughout the novel, readers will enjoy seeing Ryan grow and mature. While Ryan is an interesting character, he is not necessarily relatable. For a sixteen-year-old, Ryan doesn’t talk or act like a typical teenager. For example, when Ryan is on a goodbye date with his girlfriend, “Ryan felt like he was catching a glimpse of a whole life that might have been, a life in which he was able to court her, to drive her to the movies and someday to the hospital to give birth to their child, and strap car seats into the back of the car until the kids were old enough to sit up safely on their own. . .”

Throughout the story, Ryan struggles to understand his parents’ separation. He wonders, “How do married people who loved each other so much they moved in together—how do they get so angry that they completely reject the life they built?” Later, Ryan finds out that his parents separated after his mother got an abortion. Ryan’s father says, “I don’t know if I can live with it. What she did. That was my baby too, we decided together, it was ours, and it’s dead now, and we’ll never have another, and I didn’t even get a vote.” While the topic of abortion is not explored in detail, the feelings of each parent are discussed. Ryan’s complicated family life adds interest to the story.

Unfortunately, Duplex spends too much time explaining Ryan and the other micropotents’ powers, which slows down the plot. In addition, once Bizzy and Ryan begin dating, their constant declarations of love become annoying. Plus, Ryan spends too much time explaining how he doesn’t love Bizzy because she’s beautiful, but because she’s an amazing person. While the story has some suspense, the action doesn’t pick up until the end. Readers who have read Card’s other micropowers novel, Lost and Found, will see the similarities; if readers enjoyed Lost and Found, they will also enjoy Duplex. However, if you’re looking for an excellent book about characters with supernatural power, you may want to read Card’s Ender’s Game Quintet or the Michael Vey Series by Richard Paul Evans instead.