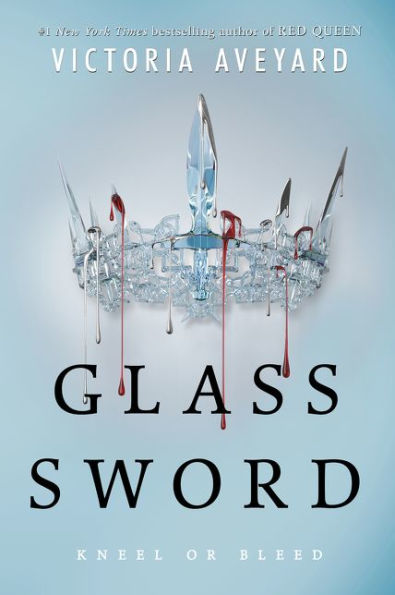 “I see you as you could become, no longer the lightning, but the storm. The storm that will swallow the world entire,” Jon. –Glass Sword

Mare, Cal, and the members of the Scarlet Guard are ready to regroup and find a way to fight back against the newly crowned King Maven. No matter how strong Mare and Cal may be, they cannot fight against a legion of Silver warriors alone. They need stronger allies to help the Scarlet Guard’s rebellion.

Mare’s only option is to find the newbloods, a group of Reds with powerful abilities like their Silver rulers. They are scattered throughout the Kingdom of Norta. They are the key to creating an army that can stand against Maven’s legions and level out the playing field.

Yet, Maven won’t just let Mare do as she pleases. For every newblood she saves, Maven imprisons or kills two more. With Maven breathing down her neck, Mare begins to feel the pressure of transitioning into a leader for the Scarlet Guard. Her relationships become strained. Her decisions are questioned at every turn. Worst of all, Maven haunts her every step. Will Mare be able to overcome Maven’s manipulations and create an army of newbloods? Or will the pressure shatter her?

Glass Sword is an underwhelming sequel to the first book in Aveyard’s Red Queen series. Whereas the first book had political intrigue between the Silvers in the royal court and a daring espionage mission by Captain Farley of the Scarlet Guard, the second book doesn’t have any of that. Instead, the book focuses on exploring how Mare comes to terms with her actions from both the past and present. While there are plenty of missions into different parts of Norta to find newbloods, very few of these missions feel truly dangerous to Mare and her friends.

The story is weighed down mainly by Mare’s growing unlikable characteristics. Away from the immediate danger of Maven and his Silver underlings, Mare is forced to find a new role for herself as a leader of the Scarlet Guard. However, this only makes Mare more selfish. She prioritizes her own life over others, and she is willing to sacrifice anyone but herself. In the end, Mare gets a wake-up call from Cal, the former crown prince, and Kilorn, her best friend. This forces her to examine herself; ultimately, she sacrifices herself for them when Maven captures them.

Betrayal is once again a main theme as Mare finds herself betrayed many times over the course of the story. Another major theme is about turning into a monster; Mare changes from a girl trying to save lives into someone willing to murder and throw lives away whenever she sees fit. The action scenes, in which Mare and her friends infiltrate cities and towns, are fun, interesting, and help to move the story along. The introduction of the newbloods is also a plus since their new, unique abilities and the growing cast of characters add more layers. Overall, Glass Sword is a sequel that introduces fun, new elements to the already interesting world of Norta. Yet the story is bogged down by the unlikable main character and the many predictable moments where she falls into obvious traps. Nonetheless, Glass Sword sets up the backdrop for the next book in the series, King’s Cage.

“I see you as you could become, no longer the lightning, but the storm. The storm that will swallow the world entire,” Jon. –Glass Sword