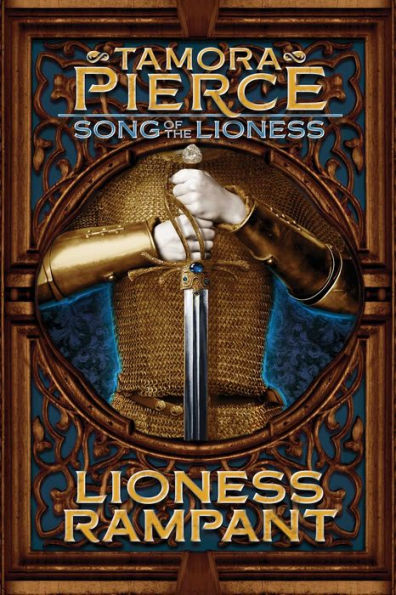 "There are times in every rider's life when it is necessary to apologize to a horse....” ―Lioness Rampant

Song of the Lioness #4

Alanna is restless. She has already accomplished the impossible by becoming a female knight, but that is not enough. She craves the sort of adventure that can only be found in legends. Luckily for Alanna, her life is quickly making her story legendary. Lioness Rampant introduces enjoyable and richly developed characters. Along with the reappearance of an old evil, Alanna must decide where she fits in. Will she ever be welcomed back at court, or will she spend the rest of her life wandering along the edge of the world?

There is slightly less fighting in this book than the others, but still plenty of excitement to keep readers engaged. Alanna takes a lover, as she did in book three, but there are no graphic descriptions and her relationship is the not the main plot. Alanna continues to be a likable heroine and a fun character to follow.

"There are times in every rider's life when it is necessary to apologize to a horse....” ―Lioness Rampant

A is for Astronaut: Blasting Through the Alphabet

All About Stephen Hawkings

The Sky is Full of Stars