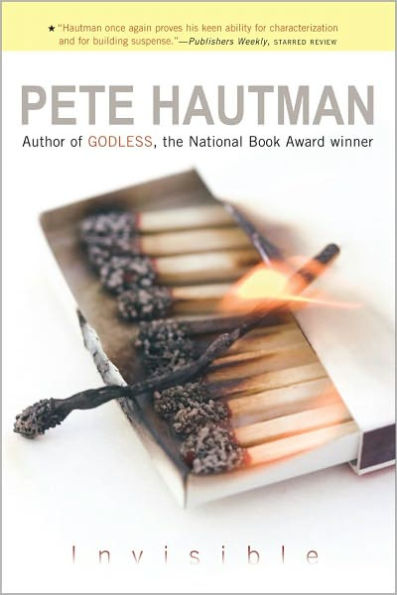 Doug Hanson is not normal and the kids at school know it. But that doesn’t stop Doug from having a crush on Melissa or from being best friends with Andy, a popular football player.

Doug spends his spare time creating a bridge out of matchsticks for the model railroad in his basement. The one thing that Doug looks forward to is when his neighbor Andy comes home, and they talk out of their bedroom window. It doesn’t matter that Doug and Andy don’t spend much time together; Doug knows that Andy will always be there for them.

When Doug gets caught watching Melissa undress in her bedroom, things take a turn for the worse.  Now Doug is a target of the football players, the police are watching him, and the principal is on his tail.  To make matters worse, his parents are thinking about putting him into a private school for students with emotional problems.

Invisible is an easy-to-read story that focuses on Doug’s difficulties. Towards the end of the story, mystery is added because Doug keeps alluding to something that happened in the past. In the end, this mysterious event gives the reader a surprise ending.

The author adds drama through Doug’s difficulties, but because Doug obviously has problems, it is sometimes hard to empathize with him. Even though Doug knows it is wrong, he spies on his crush, Melissa. Because of Doug’s actions and his disturbing thoughts, the reader can understand why other students do not like Doug.