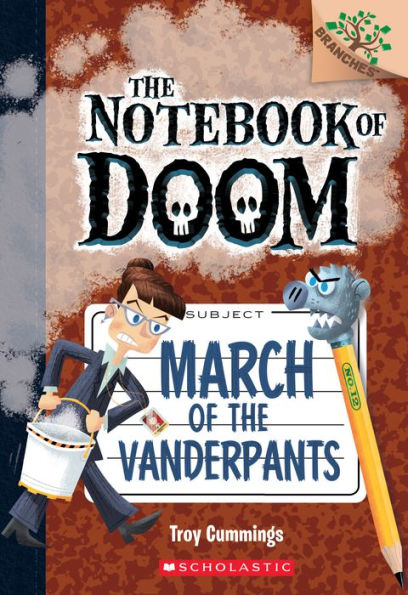 The Notebook of Doom #12

March of the Vanderpants focuses on the mystery of Ms. Vanderpants’s and Rip’s new monster abilities. Young readers will love the next installment of The Notebook of Doom: March of the Vanderpants. Because some of the plot revolves around issues that appeared in previous books, the twelfth book in the series will be enjoyed more if Sneeze of the Octo-Schnozz has been read. Children of all ages will have fun reading about the S.S.M.P’s battle, in this book that’s filled with illustrations that are more silly than scary,