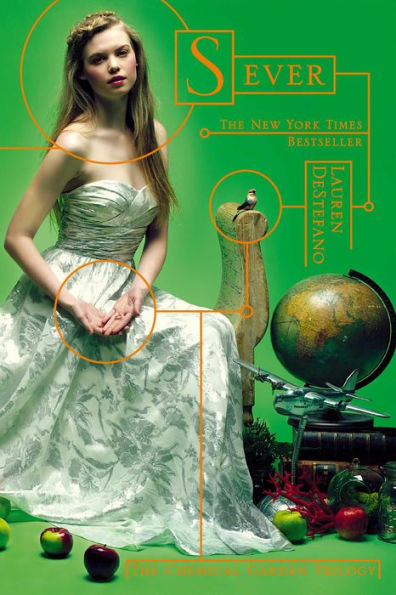 Back with her husband and sister-wife, Rhine can’t help but wonder if she has done the right thing. Jenna is dead, Diedre has been tortured, and she doesn’t know where Gabriel is. When Rhine sees Cecily with her former husband and Cecily’s child, and she feels more alone than ever.

Despite her doubts, Rhine is still determined to find her brother. After taking time to recover from her hospital stay, she sets north with the unexpected companionship of Cecily and Lindin. But once again, she discovers Housemaster Vaughn is one step ahead of her. And this time both Rhine and her brother will play a part in his search for the cure.

Sever’s plot is similar to DeStephano’s first two books, and reading it feels like Déjà vu. Also, the cure discovered for the Virus was not quite believable. Still, DeStephano writes a surprising ending to her trilogy, and the last chapter in Sever ties this world up with a bow and leaves her characters in a satisfying place.